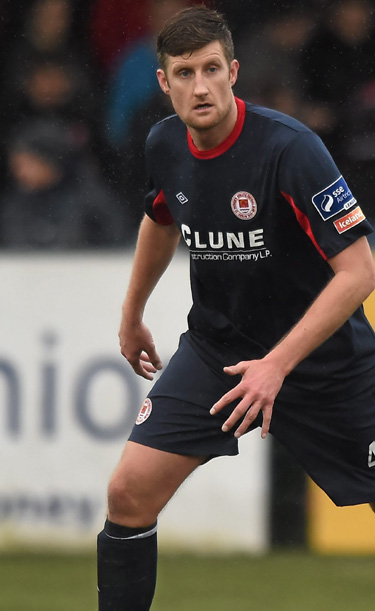 Towering centre half Jason McGuinness has had two spells with Dublin clubs Bohemians and Shamrock Rovers and joined from the latter in November of last year.

Jason also played for Sligo Rovers between 2010 and 2012 where he managed to pick up a League winners medal, two cup winners medals and a league cup medal.

Jason has also won two league titles, a league cup and a Setanta Sports cup whilst at Bohemians, rounding off his collection with a Setanta Cup medal and Leinster Senior Cup triumph with Shamrock Rovers.

Needless to say given his roll of honour, Jason is a massively experienced player and adds know how along with Kenny Browne to the young duo of Sean Hoare and Lee Desmond.

If Jason can bring his high level of performance and success to the club, no doubt there will be more medals to follow.