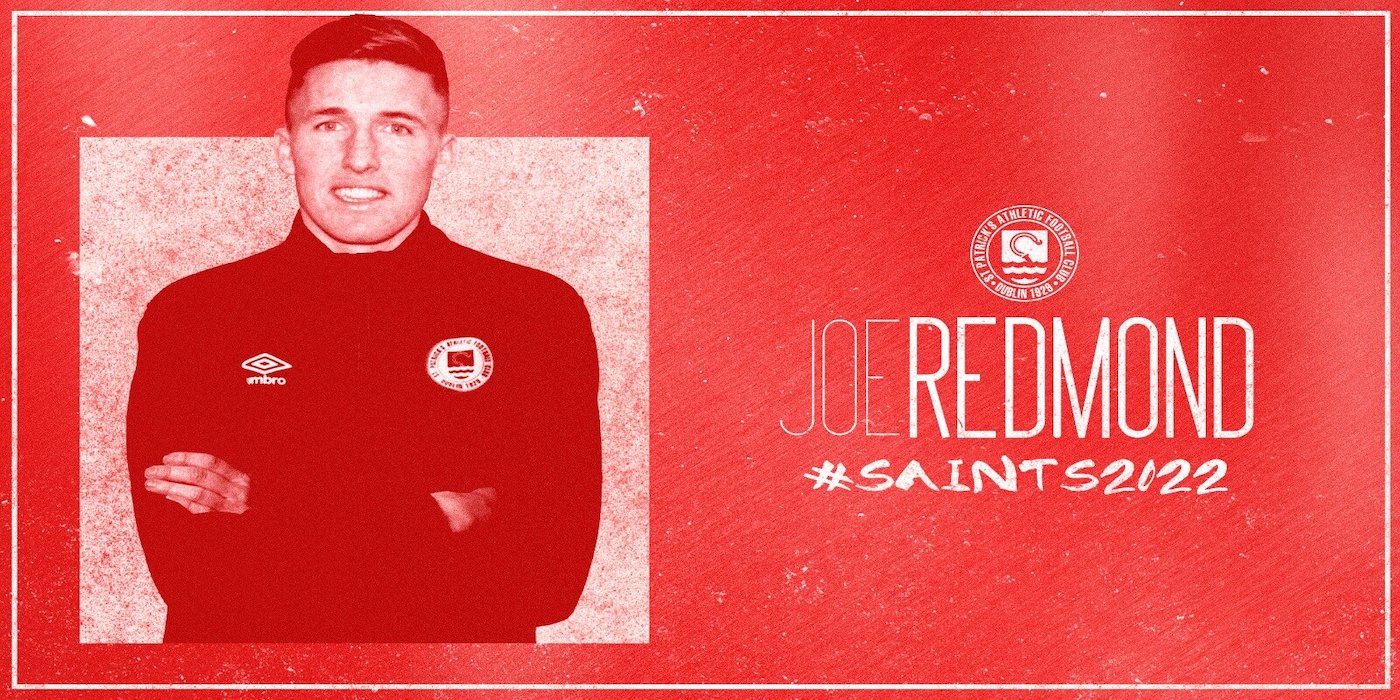 Redmond Signs For The Saints

St Patrick's Athletic are excited to announce the signing of centre-back Joe Redmond.

The 21-year-old joins us from Drogheda United.

He spent part of the 2020 season on loan with Cork City from English Championship side Birmingham City.

Redmond had actually agreed to sign for our St Pat's U17s back in the summer of 2016 from St Joseph's Boys, before the opportunity arose to sign for Birmingham City in July 2016.

The Ireland underage international spent five years in England with Birmingham and played for their U18s that reached the FA Youth Cup semi-finals in the 2017/18.

He also captained their U23s to the Professional Development League title earlier this year.

Redmond played under Tim Clancy at Drogheda for the second-half of last season and the new St Pat's Manager has been telling us more about our latest signing:

"Joe came into us at Drogheda having spent five years in the UK with Birmingham and did really well. He's only 21 but is very mature in the way he plays the game.

He's a strong, aggressive centre-back who is also very good with the ball and will fit in well with how we want to play.

He is the type of player and person we want at the club."

"I'm buzzing to have signed for the club and can't wait to get going in the new year. I've been really impressed watching St Pat's over the last couple of years, there are lots of top players at the club and the atmosphere any time I've been to Richmond Park has been brilliant, I'm excited to be a part of the club.

I enjoyed playing under Tim at Drogheda, he is building an exciting squad, hopefully we'll have a good year both domestically and also in Europe in the summer."

Clancy has also been reflecting on a busy day at Richmond Park, along with Joe, the signings of Mark Doyle and Anto Breslin were also announced along with the re-signing of winger Jay McClelland.

"We want hungry players, ones who are eager to improve and develop their game. All of the lads we've signed today had multiple options so I'm really happy they've all chosen to sign for St Pat's.

It's important to get the right characters into the club, the four lads are all at a great age and have great ability, all will be great assets to have in the squad."

The fixtures for the 2022 League of Ireland season will be released on Monday, get your 2022 season ticket HERE