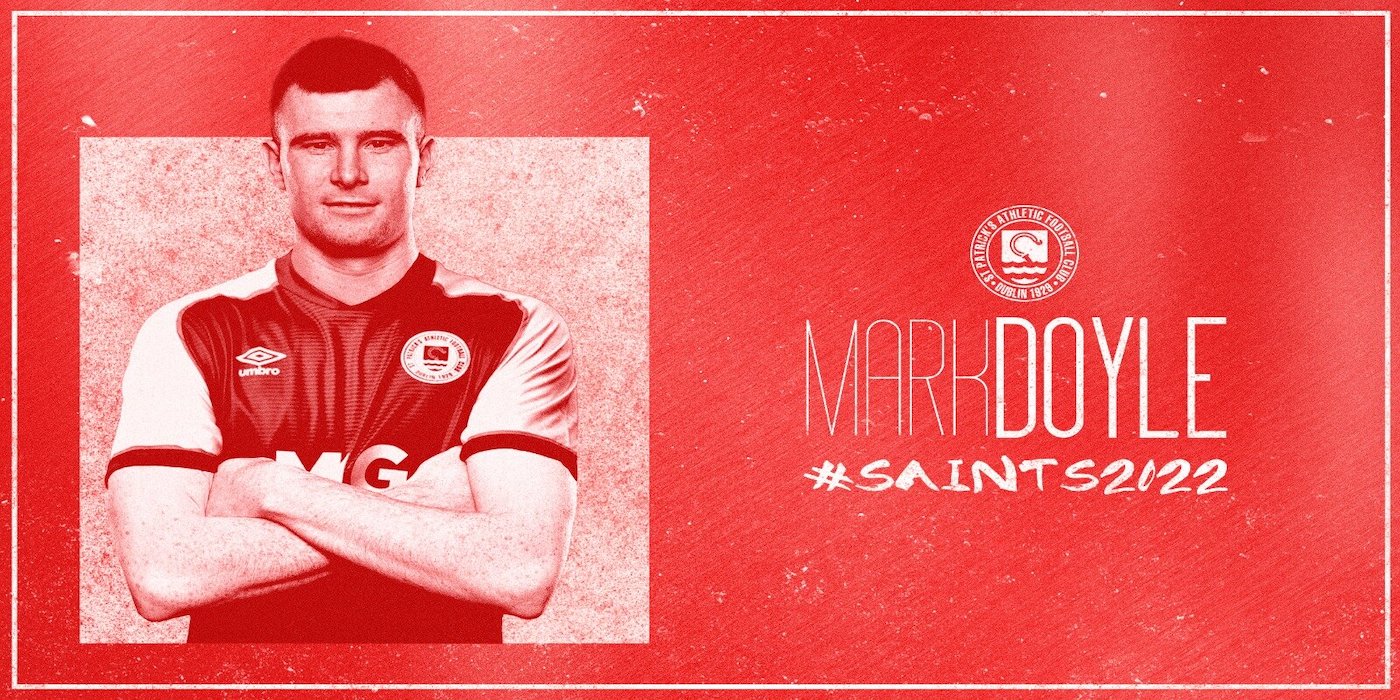 St Patrick's Athletic are delighted to announce the signing of attacker Mark Doyle from Drogheda United.

'Doyler' will link up with his former Manager Tim Clancy at Richmond Park.

The 23-year-old spent the last six seasons with Drogheda, and scored his 50th goal for the club on what turned out to be his last appearance for them on the final night of last season.

He scored 13 times in the Premier Division in 2021, making him the third top scorer in the league.

Doyle was named PFAI 1st Division Player of the Year in 2020, he scored 13 goals as Drogheda won the First Division title.

He has been telling us why he decided to sign for St Pat's:

"I'm absolutely delighted. I really enjoyed my time at Drogheda United, I was there since I was 16 and I'd like to thank everyone for my time there.

I felt it was time to move on and move to a full-time set up at St Pat's. I'm looking forward to putting all of my time and focus into being a full-time footballer, it's an honour to sign."

Doyle has also been speaking about his relationship with Manager Tim Clancy:

"Tim put a lot of faith and belief in me from the moment he joined Drogheda so I'm obviously looking forward to working with him again. He's a top manager and I think he will do really well at St Pat's. He'll give us all a good platform to perform and kick-on as individuals and as a group and I just can't wait to get going now."

"There was a lot of interest in Mark from clubs at home and abroad, he's one we really wanted to get into the club and we are really happy he's signed.

Mark is a wide player who scores a lot of goals, I know him very well from our time together at Drogheda.

He'll add goals to the team, he is excited by the prospect of full-time football, he's got a lot of experience in the league and he's still only 23, so he still plenty off improvement in him. Myself and the coaching staff are looking forward to helping him continue his progress."

The fixtures for the 2022 League of Ireland season will be released on Monday, get your 2022 season ticket HERE