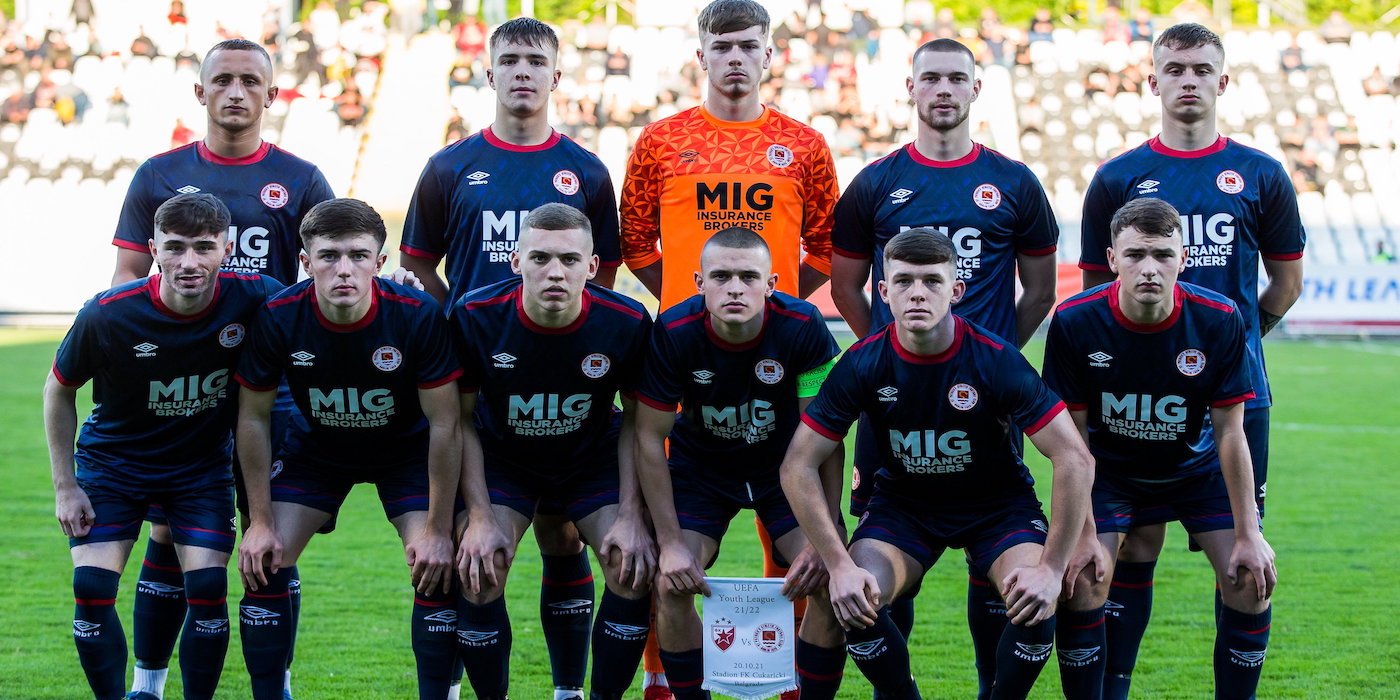 Our European adventure has come to an end in Belgrade after a 4-1 defeat on aggregate in the UEFA Youth League.

Trailing 2-1 from the first leg in Dublin three weeks ago, The Saints had an impressive opening 45 minutes & created the early changes on a chilly night in the Stadium On The Hill.

Tommy Lonergan was first to try his luck from range before captain Adam Murphy tested goalkeeper Bogdan Marinkovic in the 10th minute.

It was the defending Serbian U19 champions who took the lead with their first chance.

Josh Keeley saved well from Stefan Pirgic but the resulting corner was headed in by Stefan Lekovic from close range after 12 minutes.

St Pat's reacted well, Murphy saw his effort blocked out for a corner after a good counter attack before Jack O'Reilly's powerful shot was beaten away by Marinkovic.

Daragh Reilly was next to go close with a half-volley after Red Star failed to deal with Kian Corbally's corner, before the Lithuanian referee waved away penalty claims after contact with Lonergan in the box.

Having created very little, Red Star had big opportunity for double their lead in injury time but Marko Stojanovic' curler hit the post.

The Serbian side began the second-half brightly, a brilliant block from Ben Curtis stopped a goal bound strike before a couple of good opportunities for the Saints' returning captain Murphy.

The 16-year-old dragged a shot just wide on the hour before goalkeeper Marinkovic saved well a couple of minutes later, then O'Reilly's free kick was blocked by a resolute Red Star wall.

It was end to end stuff, Stefan Pirgic should have scored but blasted over before the home team double their lead on the night and made it 4-1 on aggregate with 10 minutes left thanks to a close range Milhalo Milosavic finish.

The Saints pushed and pushed right to the very end, but it finished Red Star 2-0 St Patrick's Athletic, a 4-1 aggregate win for the Serbian side.

A great effort & performance from the lads over the two legs, they've done themselves, their families & friends, the club & their schoolboy clubs proud!