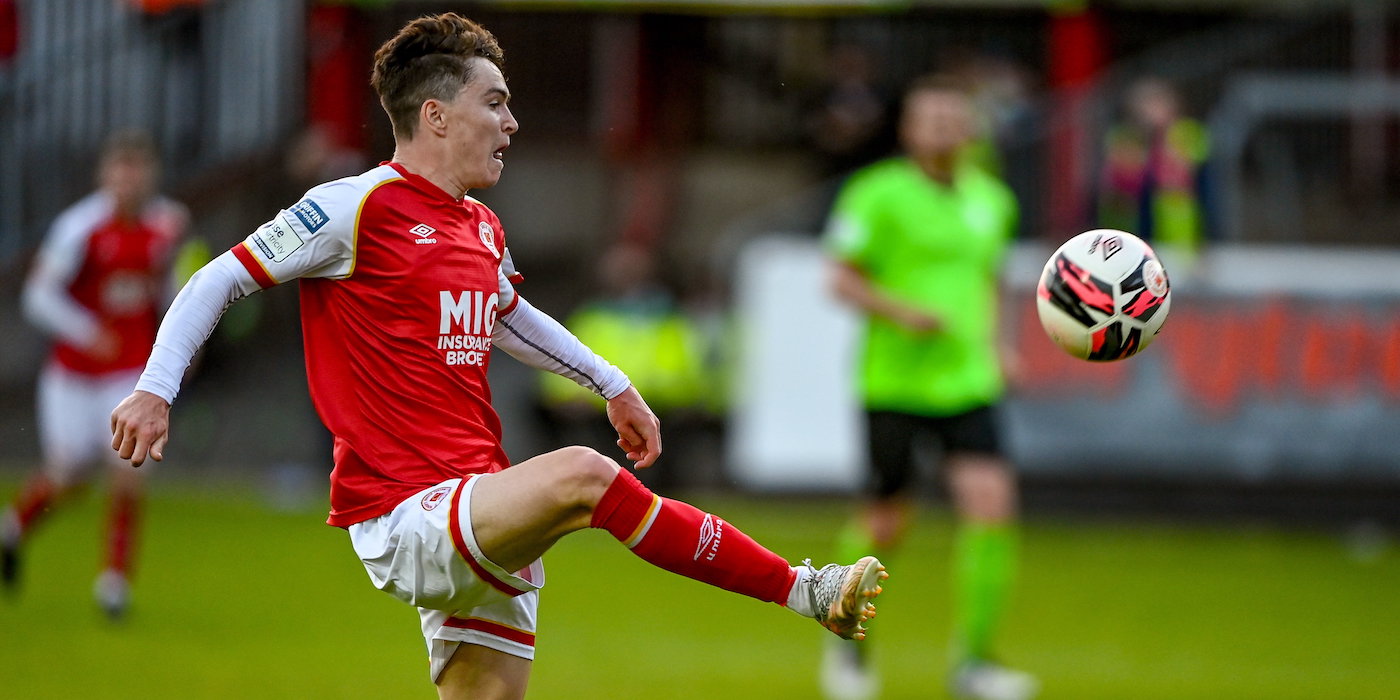 St Patrick's Athletic will face Drogheda United on Friday night at Richmond Park, in what will be the third meeting between the sides this season.

The match is part of a government test event, meaning a slight increase in spectator numbers as we can have up to 1000 people in Richmond Park (Including players, officials and other people deemed necessary to run the game, with all safety guidelines in place)

St Pat's come into the game on the back of an excellent home win over Derry City last Friday.

Chris Forrester's goal midway through the first half was enough to seal victory, and despite being reduced to 10 men when Jamie Lennon received his second yellow card early in the second-half, the home side battled hard and were roared on by 500 home fans on their way to the three points.

They come into this weekend level on points at the top, behind Shamrock Rovers and Sligo on goal difference, however St Pats' have played one game more due to the European involvement of the teams around them.

Tim Clancy's Drogheda United have enjoyed an excellent return to the Premier Division so far.

Manager Clancy and Assistant Kevin Doherty both signed new 2 year contracts this week, and come to Inchicore with a number of former Super Saints in their squad.

Drogs currently sit in 4th place, eight points behind St Pat's and are unbeaten in their previous three games, including a draw with Shamrock Rovers.

They travelled to Bishopsgate last Saturday evening, Chris Lyons' early goal was cancelled out by Dylan Grimes for Longford as the sides shared the spoils.

The Saints last played Drogheda back in May when goals from Dane Massey, Mark Doyle and Jordan Adeyemo sealed a 3-1 victory for The Drogs, with a late goal from Nahum Melvin-Lambert, not enough to grab anything from the game.

There were more joyous scenes in Inchicore in March when Billy King arrived late at the back post to convert a Darragh Burns cross to win it in injury time.

With one win and one defeat so far against Drogheda, Head Coach Stephen OÃ¢€â„¢Donnell will be hoping for the best out of three as his troops prepare for another battle:

"Tim Clancy is doing a great job up there. He's got a new two year deal along with Kevin Doherty and rightly so.

They are doing an excellent job there, and we are under no illusions, it's going to be a very tough game.

Drogheda are going very well. They drew with Longford and in their last away game they drew with Shamrock Rovers and then in-between that, they beat Finn Harps 3-1 after a goal down so we know they have players that can hurt us at the top end of the pitch and like last Friday, we need to apply ourselves to the upmost to get anything from the game."

O'Donnell has also been speaking about the positive impact the fans have had on the team in recent weeks, highlighting their support to the 10 man Saints last Friday as an example:

"You don't need a better example than last Friday in terms of the importance of the supporters. We were down to 10 men for the last 30/35 minutes of the game. We spoke about it as a management team and players afterwards, without a doubt, the difference it does make to help our players hold onto a lead like that and go that extra yard, they definitely made a massive difference in that regard.

I don't know would the resistance etc, have been as strong if there were no fans there cheering on every winning tackle, winning headers, and every recovery, it definitely made a massive difference.

Lewis Loving Life As A Saint

The St Pat's fans were boosted by the news that Alfie Lewis would remain with the club until the end of the season.

The 21-year-old midfielder's contract with West Ham expired last month, and despite interest from a number of clubs in the UK, Lewis signed on at Richmond Park until the end of the season:

I didn't know much about the league before I came over, or what to expect so the first few weeks I was finding my feet and seeing what it was like and I've been impressed by it.

I think it's a good level, there's some good teams, it's a good challenge and I've really enjoyed it.

Lewis was also full of praise for The Saints fans since their gradual return into the Richmond and has enjoyed the experience:

"It's unusual playing in front of fans, especially fans that are so supportive of the team. Usually at U23 level in England, you get supporters but it's usually family and friends, so it's good to play in front of a crowd where it means something to them, obviously they want the team to win, and it was a great experience the last few weeks, getting crowds back.

The fans have been great, the things I see on social media and some of the messages I get. They have been really good and it's something that wants to make you stay as well to play in front of the fans, and know that they want you, it's a good feeling to have."

Team-news: Lee Desmond and Ian Bermingham return from suspension but Jamie Lennon will serve a one match ban for his red card last weekend, Shane Griffin is recovering well from his shoulder injury.

Where Can You Watch The Game: The game will be live on LOITV, kick-off is at 7.45pm, with build-up beginning at 7.15