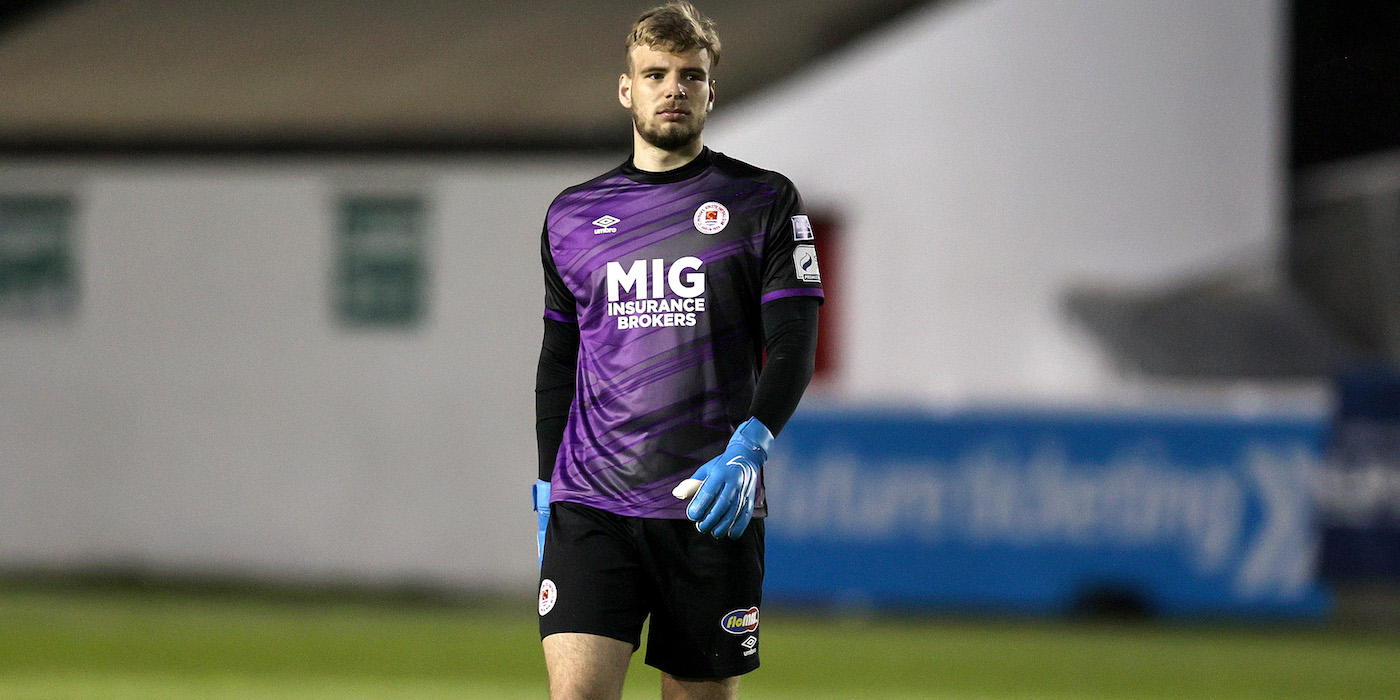 St Patrick's Athletic welcome Dundalk to Richmond on Friday evening in what is the final game before the mid-season break.

It is their third game in seven days, and there were late scenes in the previous two.

Dawson Devoy's late penalty looked as if it had snatched a point for Bohs last Friday, but Robbie Benson scored a 93rd minute penalty of his own to earn all three points for The Saints.

On Monday, Billy King's 84th minute header after a terrific cross from Ben McCormack secured a point in Derry as both sides shared the spoils at the Ryan McBride Brandywell.

Lee Desmond had put St Pat's ahead before goals from Ronan Boyce and Joe Thomson made it 2-1 to Derry. King then equalised from teenager McCormack's cross.

The sides met in Dundalk in April and it was honours even. Sam Bone's first goal for the club was cancelled out by a late Junior goal which grabbed a point for The Lilywhites.

Dundalk had mixed fortunes last weekend, they beat Shamrock Rovers on Friday before losing to Bohemians on Monday. Former Saints Georgie Kelly helped himself to a hat-trick in Bohs' 5-1 win.

Dundalk come into the game in 7thplace with 14 points from 13 games.

Head Coach Stephen O'Donnell will welcome his former club to Richmond tomorrow for the first time this season, he is surprised at Dundalk's position in the table but knows all about the quality at their disposal:

"If you had told me that Dundalk would be mid table after 13 or so games, I would have thought you were messing. A lot of the games are fine margins, but we saw what they are capable of last Friday when they ended Shamrock Rovers unbeaten run and that's what you judge them off. You judge them off the ceiling that they can get to and when they do perform, they can perform at a really high level. They're as good as, if not better than anyone else in the league ,when they are at it.

They are a wounded animal at the moment and there are a lot of players there with a lot of success under their belt and we are definitely expecting a reaction, there's no doubt about that. Their result on Monday does not change how we approach the game and I think it's going to be a very tough game. I would put that result on Monday down to more of a freakish result rather the level that Dundalk are at because three days previous, they beat Shamrock Rovers so I would put that result down to more of an anomaly more than a current status of where they're at."

Vitezslav Jaros has been more than impressive since signing on loan from Liverpool at the start of the season.

The 19-year-old has settled right in to life as a Super Saint, establishing himself as number one while putting together a string of impressive performances.

He's been looking ahead to the game on our Talking Saints Podcast:

"I think the last game against them was one of those games where you are 1-0 up for the majority of the game and then when it gets to the 80th minute mark, they start putting everything into the box and it's just about defending it but unfortunately we conceded late on. Paddy (Barrett) had two great clearances off the line, so he helped us to get the point. Last time we played them it was a tough game, but I think they've only improved since then, so I think it's going to be even tougher on Friday."

Moving to a new country as a 19-year-old is no easy task in normal times, without the problems that present themselves during a global pandemic. However, Jaros has settled in extremely well and is enjoying his time in Dublin and the League of Ireland:

"It's been great. Coming into a new environment, settling in etc. I think the boys helped me quite a lot. They made it easier for me, everyone was welcoming me with open arms, so it was quite easy settling in. I'm living with a few of the boys so it's always easier when you know a few people before training, just going in and having people to talk to and stuff like that so it's been great on that side.

On the football side, I think we've done well and hopefully we can keep it going and see where that takes us. I was straight in against the league champions straight away, so you get an idea of what the league is like. One of the main reasons why 'keepers and outfielders at such a young age go to other leagues or abroad is to get experience of men's football so that's the reason I went. I've been enjoying it. I really enjoy the pressure late on where you have to put your bodies on the line and stuff like that."

The Late Late Show: St Pat's have played 13 games so far this season, and there has been late drama in quite a few. In seven of these games, The Saints have scored after the 80th minute.

Ian Bermingham's headed equaliser in the 96th minute against Sligo at The Showgrounds was the latest of the goals.

Robbie Benson grabbed the winner from the penalty spot in the 93rd minute against Bohemians last Friday while Billy King has been involved twice in the late drama.

His 90th minute strike guaranteed three points against Drogheda in Richmond back in March, while his 84th minute header last time out against Derry City at the Ryan McBride Brandywell was the 7th goal out of 20 from The Saints this season which was scored in the last ten minutes of play.

Match Programme: Download a copy of 'The Saint' from our website on Friday morning, it includes the second in the four part series of interviews with Brian Kerr.

Podcast: Episode 4 of our Talking Saints podcast is available now.On loan Liverpool goalkeeper Vitezslav Jaros spoke about his time so far as a Saint. It also features an interview with League of Ireland legend Gary Rogers and Stephen O'Donnell looks ahead to familiar opponents on Friday.

Where Can You Watch The Game: The game will be live on WATCHLOI, with kick off from Richmond at 7.45pm. Adrian Eames and Ger O'Brien will be in the commentary box.