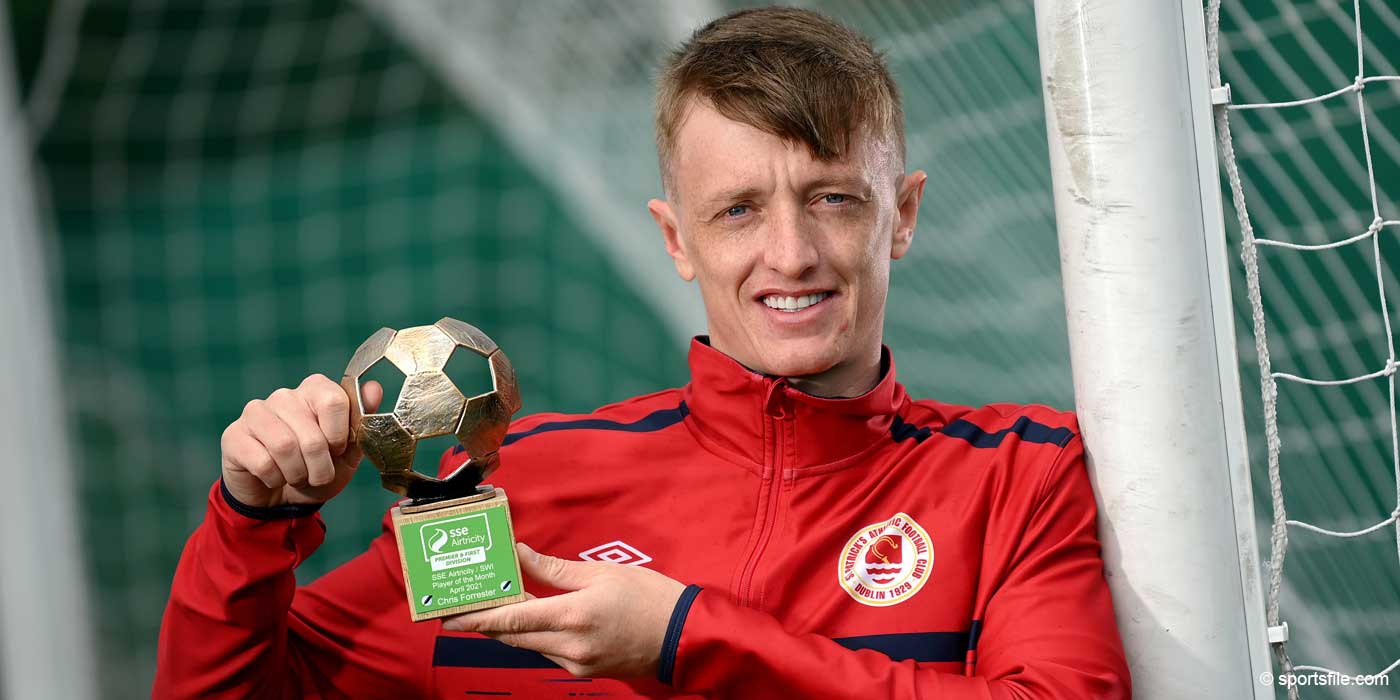 Chris Forrester of St Patrick's Athletic is the SSE Airtricity/Soccer Writers Ireland Player of the Month for March/April.

The 28-year-old midfielder has rediscovered some of his best form and was a central figure as the Saints began the 2021 campaign strongly with six wins and two draws.

A player with a reputation for producing spectacular strikes, his brace in last month's win over Longford Town included a goal of the season contender.

"The start of the season has been good," Forrester said. "Personally, I'm playing well and as a team we're playing well. We were unbeaten up to Saturday so we will look to kick on again. "A lot of things have come together."

Back at Richmond Park following spells with Peterborough United and Aberdeen, the Dubliner is enjoying his football once again - with the support of Pat's boss Stephen O'Donnell - after some difficult times.

"Stephen has been very good for me since coming in," he added. "We had a chat at the start of the season and he told me a few home truths.

They hit home and sparked me into wanting to be a better player and improve every day.

"Personal ambition for me is just to enjoy football again. You want to be one of the best players in the league, you want to be held in that regard, but for me it's just about being happy again playing football. I've been delighted this season at Pat's."