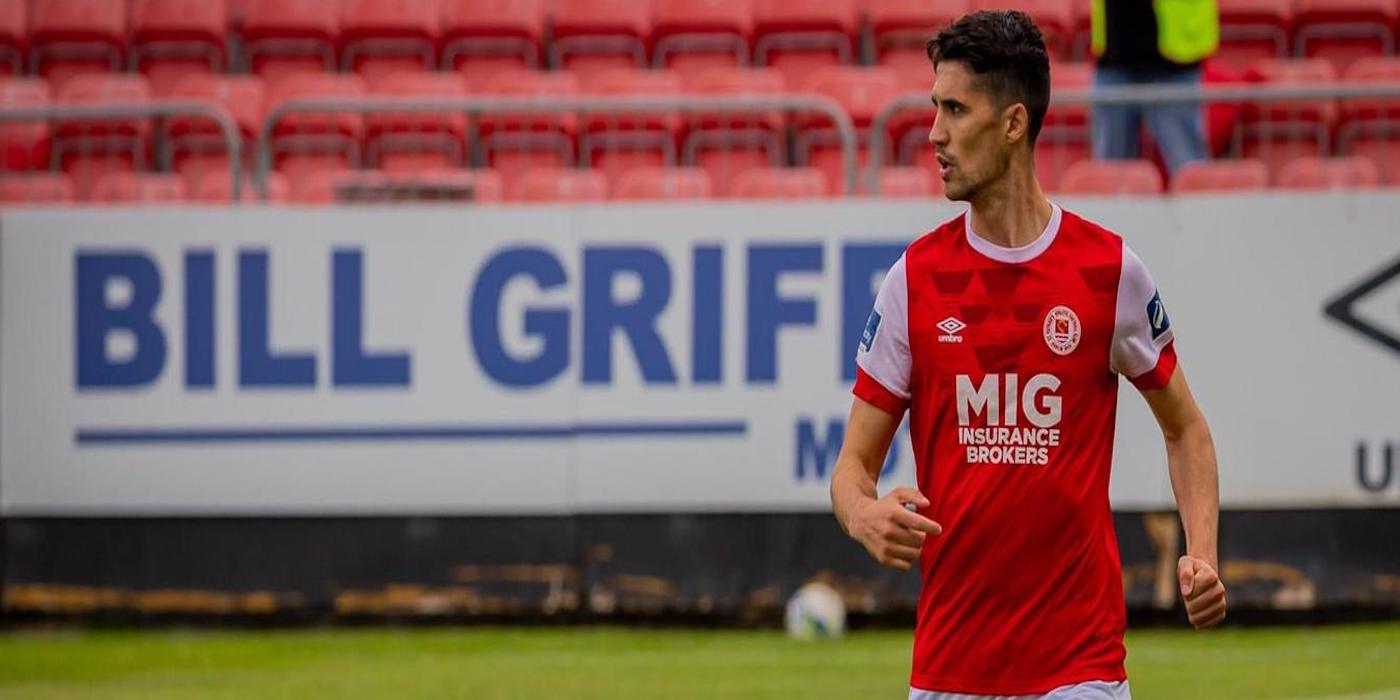 Shane Griffin has been looking back on the start of pre-season and the fixture release for the new campaign.

We all enjoyed the 1-0 victory against Cork City in Inchicore last season!

Billy King scored the winner on March 6th 2020 at a packed Richmond Park, little did we know, it was the last live game that many Saints fans have got to see for almost a year!

Shane Griffin was just four games into his first season with St Pat's, facing his former club and was certainly looking forward to playing in front of a packed Richmond regularly.

With the enforced break due to Covid-19 and games subsequently being forced behind closed doors, it was a unique first season for Griffin and indeed everyone at the club and in football more widely.

Shane has been reflecting on his first season as a Super Saint:

"It was very enjoyable, there's a great atmosphere here and a great environment at the club. The coaches are very good in training and I have learnt a lot. Last year was stop-start and was kind of frustrating but and I want to kick on again this year and be more successful with the team"

Returning to training is something which every footballer is excited about, especially after going so long without it last season, and Griffin is no exception:

"It is strange times with the longer off season, but I think everyone is delighted to be back. It's a good group we have this year. We have some good signings from last year and the signings we've brought in this year look very good.

We have a lot of the academy lads in training with us this season too and they're good lads, working really hard and looking to learn so I think it's a good mix"

The lads started back training last Monday, and despite a long break, the ex Reading and Cork defender and his teammates have been working hard to stay in shape, knowing pre-season was just around the corner:

"You do want to enjoy Christmas, but in the back of your head you're always thinking that you are back in training soon, you have to look after yourself.

With the lockdown, everyone had time on their hands to get out running and stay fit so that has helped us coming back. We did a bit of running on Monday to see where everyone is at and we have the balls out now in the next few days so it's happy days."

The players, staff and supporters were eagerly awaiting the release of the fixtures for the new season last Monday and it did not disappoint!

We'll play Shamrock Rovers and Bohemians (both away) in two of the first three games, with our first home match of the season against Drogheda United in between.

Griffin is excited about the big kick-off:

"We've about six weeks now until our first game and once we get going, the games will come thick and fast. Our focus now is on the Shamrock Rovers game, it is a tough start but any game at the start of the season is going to be tough so we're looking forward to it."

Reflecting on the games against Shamrock Rovers last season (both 0-0), Shane admits it's going to be another interesting Dublin Derby.

"They are a great team, and obviously they won the league last year and went unbeaten too which just shows they're a good team, but we will be ready ourselves and they'll also be expecting a difficult match from us, hopefully we can get a good start to the season!"

With the 2021 campaign starting in just over a month, we hope you are just as excited as we are!