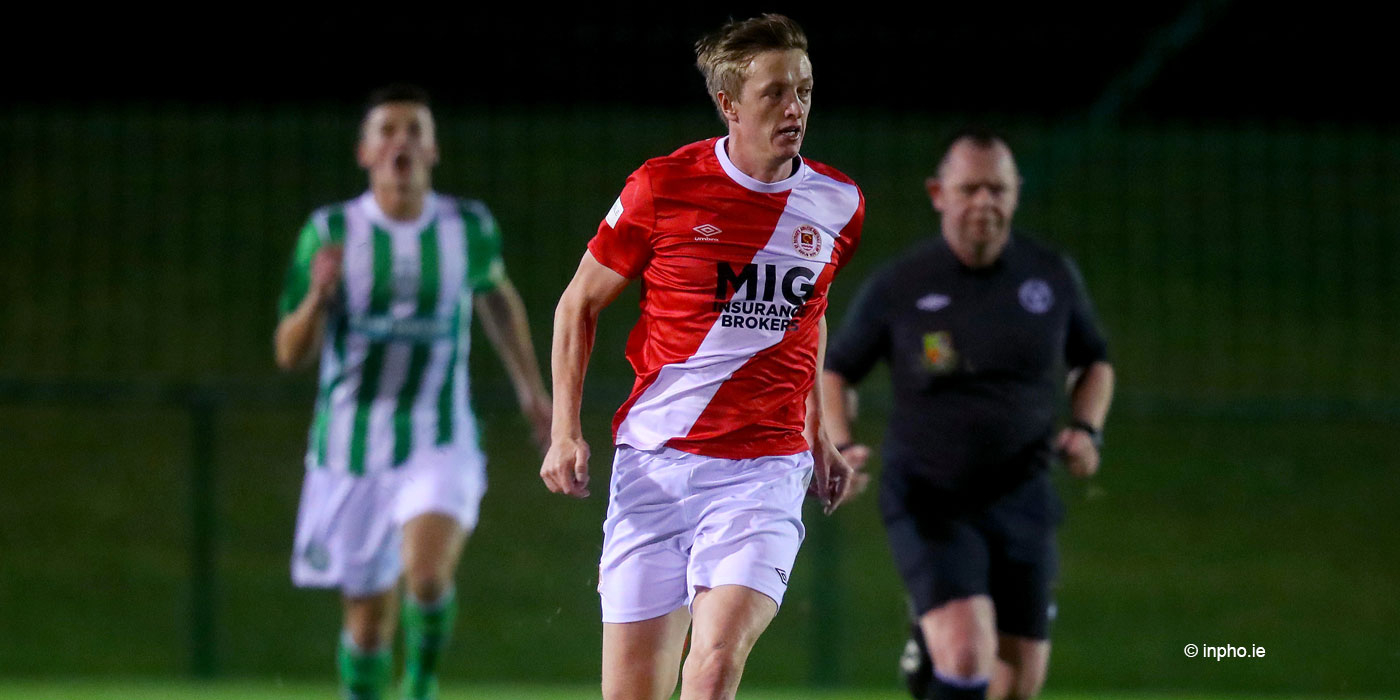 Sunday's much anticipated FAI Cup Final is just days away now as the Saints face Derry City in the Aviva Stadium at 3.30pm as Liam Buckley's side hope to end the club's 51 year wait to lift the FAI Cup.

The path to the Aviva Stadium began all the way back on the 27th of May for the Saints as they faced Crumlin United in Richmond Park, with subsequent wins against Drogheda United and Dundalk securing the Saints place in the final.

Manager Liam Buckley has given plenty of opportunities to the younger member of the Saints' squad this season, with seven players aged 23 or under having been used in the competition to date.

For one of that younger generation, teenage midfielder Chris Forrester, the opportunity to play in the FAI Cup final is a very special occasion.

"It should be a good day out for the fans and everyone involved.

"Every kid dreams of playing in a big stadium like the Aviva so hopefully more of these days will come around for us."

For Chris Fagan, Pats' top-scorer with 16 goals in all competitions, the chance to prove himself with the Saints on Sunday is one that he is relishing. The game is his first appearance at the Aviva Stadium and he is also aiming to win a first senior medal in football.

"The feeling amongst everyone, both fans and players, is just one of general excitement and we're all looking forward to it," the Dubliner revealed to stpatsfc.com.

"As far as Sunday is concerned, in these types of games it comes down to both teams and everything that happens on the day.

Forrester too recognised the strengths of Sunday's opponents, emphasising that the Saints would not be given anything easy by the Foylesiders who themselves are on a good run of form as they are unbeaten in their last five games.

However while recognising the quality of Derry, the midfielder maintained that the Inchicore side remained confident in their own ability to win the game.

"They've got a good balance in their team all over the pitch, and they've a good mix in their side with both young players and those with a lot of experience, like Barry Molloy in midfield.

"But still, we're confident in our own game and ability going into the game, so we'll just take it as it comes."

With the chance to write their names into Pats' folklore on Sunday, both players admitted to be keen to replicate the feat of Willie Peyton, the Saints' winning goalscorer in the two FAI Cup wins to date, 1959 against Waterford United and Drumcondra in 1961.

"Yeah with a bit of luck, it would be nice to score in the Aviva, especially if it meant bringing the cup back to Inchicore. That would be nice," Forrester admitted.

"With a bit of luck," Fagan chuckled when answering the question he was due to net another winning goal having scored in the Saints 1-0 over Cork City last week. "I hope to get on the scoresheet," the 23 year old striker added.

With 25 goals in all competitions between the pair this season, the two youngsters have every chance of writing their names into the history books beside Peyton as the Saints aim to lift the FAI Cup this Sunday.