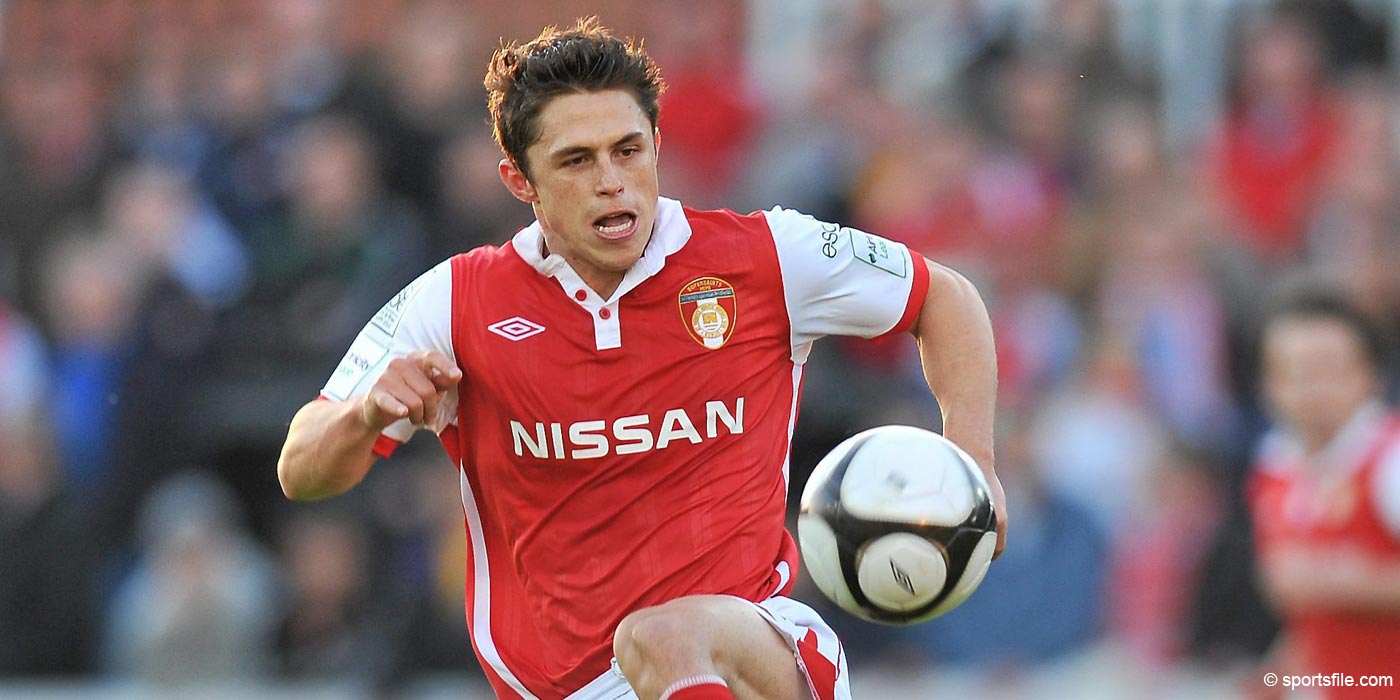 St Pat's striker Ryan Guy has committed his immediate future to St Pat's by signing a further one year extension to his current contract for 2010.

Having made over 100 appearances since signing with the club in 2007, the American's all action style of play has made a firm favourite at Inchicore.

Commenting on the deal 24-year old Guy said, â€śthe security of two years will definitely help me with my own performance.

This year I hope to take on more responsibility, we have a lot of young players coming through and though I'm pretty young myself I have been at the club for a number of seasons now so I feel can offer more leadership on the pitchâ€ť.

At the moment Ryan is looking ahead to making an impact with the new look Saints squad â€śwe're just back from a training weekend in Wexford and I'm very excited with the new players in the squad â€“ they're young and motivated and I see us with a real chance of winning a trophy this year.

â€śWinning a trophy is not only a team goal but would be a personal goal for me as a footballer â€śhe added.

A versatile player who can play in midfield or up front, Ryan expects the Saints to be scoring a lot more goals this season â€śwe had two practice matches over the weekend and I think we've some really good goal-scorers in the team, so even if I am not up front but playing out wide if I can get crosses into the box or if I can cut inside and go myself or create an assist or two it's all about creating goal chances and I think we've the players this season to put those chances awayâ€ť.

For Ryan there was never any uncertainty about committing to St Pat's â€śmy focus was always on Pat's and as the season got closer I was getting more excited with the team Pete and John are putting togetherâ€ť said the 2009 supporter's player of the year.

â€śI've taken a big liking to the Pat's fans and hopefully that is the other way round as wellâ€ť, Guy added.

Ryan Guy and his Saints teammates are in action tomorrow night when St Pat's take on Longford Town at Richmond Park, the match kicks off at 7.45pm and tickets are on sale from the club shop on Emmet Road.