St Patrick's Athletic fans got the chance to see their team go through a training session at Richmond Park today.

A special open day was held by the Club which allowed fans access to the ground to watch John McDonnell and Liam O'Brien put the team through a number of routines, drills and exercises.

The new Umbro replica home jersey was also on sale at the ground and younger supporters were given a special goody bag on entry.

During the session, stpatsfc.com spoke with Saints physio, Christy O'Neill, and he told us that Michael Foley picked up a knock and had to sit out most of today's session, but other than that there were no major injuries picked up during the pre-season.

The first competitive match of the 2007 season takes place on Monday, February 26th at Richmond Park. 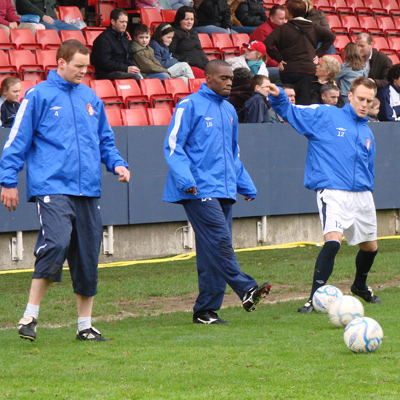 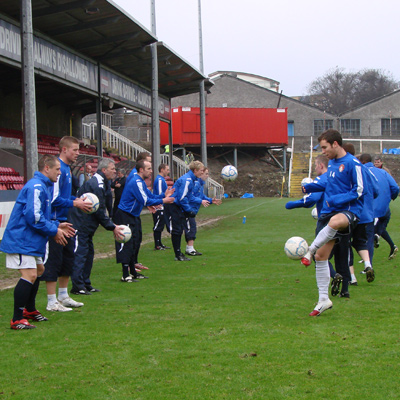