David began his career at underage level with Rush Athletic, Home Farm and Bohemians before making the step up to senior football with Drogheda United.

McAllister immediately became a member of the Drog's under 21 panel before making his first team debut as a second half substitute during a 2-0 Eircom League of Ireland Cup victory over Shelbourne at Tolka Park on May 5, 2008.

Due to intense competition for places in Drogheda's large and experienced league title winning squad, regular first team opportunities were limited for McAllister. As a consequence the young midfielder was sent out on loan by Drogheda to First Division Shelbourne for the remainder of the 2008 season in order to play regular football and to gain vital first team experience.

McAllister made his Shelbourne debut as a second-half substitute during a 2-0 defeat to Limerick 37 at Tolka Park on July 11, 2008.

McAllister departed Shelbourne at the end of the 2009 season to take up Premier Division football with St. Patrick's Athletic for the 2010 season 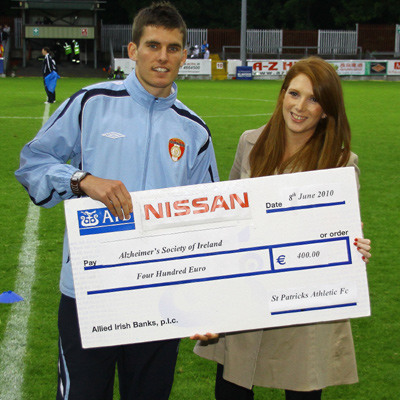