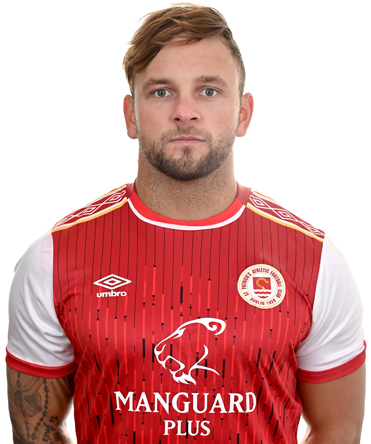 He had most recently been in Cambodia with Preah Khan Svay Rieng.

He will wear the number 14 shirt.

Paddy spent four years in Scotland with Aberdeen and Dundee United before moving home to Ireland in 2013.

Paddy won two leagues and an FAI Cup with Dundalk and was part of the famous 2016 European run, alongside then Dundalk captain and current St PatrickÃƒÆ’Ã†â€™Ãƒâ€šÃ‚Â¢ÃƒÆ’Ã‚Â¢ÃƒÂ¢Ã¢â€šÂ¬Ã…Â¡Ãƒâ€šÃ‚Â¬ÃƒÆ’Ã‚Â¢ÃƒÂ¢Ã¢â€šÂ¬Ã…Â¾Ãƒâ€šÃ‚Â¢s Athletic Head Coach Stephen O'Donnell.