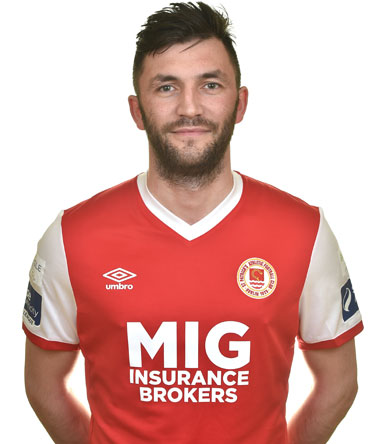 Killian is one of the most decorated players to have played in the league having won all domestic trophies and individual awards too.

Killian's first season with the Saints in 2013 was one to remember as he played a crucial midfield role in Liam Buckley's side which claimed the league title.

Killian's talent was obvious from an early age so it was no surprise when he joined Peterborough United from Home Farm in 2002, and soon after, Killian's development in England was rewarded with U19 international caps for the Republic of Ireland.

However the Drogheda man's overall time at Peterborough didn't work out and so Brennan returned home to play in the league of Ireland with John Gills' Dublin City. The move while getting Brennan some game time, proved to not work out as once a change of manager occurred and Roddy Collins came in, Brennan left the club.

A move to Derry however would prove to be catalyst to Brennan's successful career as Stephen Kenny gave him the opportunity to show his class. Ironically after making his debut in the Brandywell against Pats in September 2004, he made the left wing position his own. Killian won an FAI Cup and 3 League Cups during his time there, while the 2006 run in the Uefa Cup was one to remember for all at Derry - Brennan was part of a team that beat IFK Goteborg (Sweden) and Gretna (Scotland) before eventually losing to Paris Saint-Germain (France) 2-0 on aggregate.

Brennan signed for Bohemians in 2008 as he moved in a bid to win league titles, and during his four years with the Gypsies, he won back-to-back league titles in 2008 and 2009 - the first time Bohs had achieved this. The final two years with the Phibsboro club were tough for Brennan as the club cut back on the playing budget for financial reasons, and he enjoyed little success during that time, albeit he was part of a Bohs side that beat the Saints in the 2010 Setanta Sports Cup final.

In 2011 Brennan joined Shamrock Rovers, however despite being part of a star studded squad, the only silverware the club won was the 2012 Leinster Senior Cup.

After a year to forget with the Hoops, Buckley pounced to sign Brennan and he repaid his manager's faith with 10 goals in all competitions in the Saints' league title winning season, including his famous 'Panenka' penalty against Sligo Rovers in April 2013. Killian's contribution to the season was recognised by the PFAI as he claimed Players' Player of the Year award and was named in the Team of the Year.

Killian moved on to Shamrock Rovers at the end of the 2015 season, but returned to Inchicore in July 2017 helping the Saints to stay clear of the relegation battle that year. 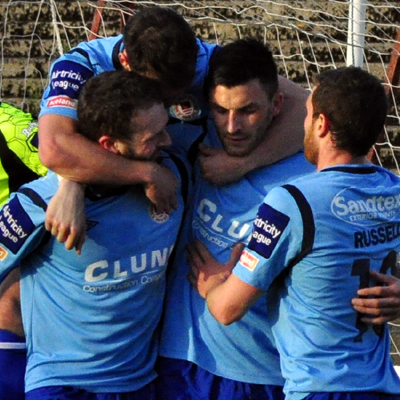