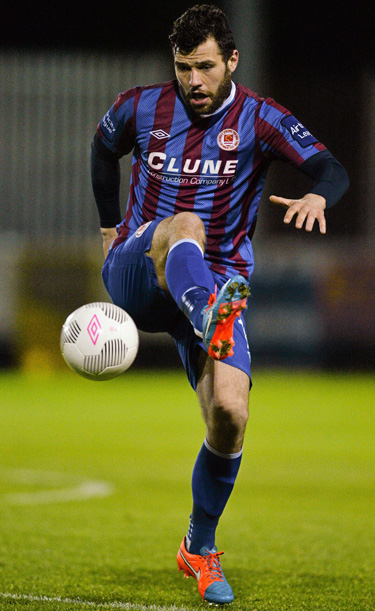 27 year old James is back with Pats in 2014 after a season with Shamrock Rovers, as he looks to produce the fine form he displayed in his first spell with the Saints in 2012.

James went through the youth system at Shelbourne having joined their schoolboy set-up aged 11 and stayed with the club for 10 years. At 17 he was included in Shels’ squad for their European run which saw them almost qualify for the Uefa Champions League only to be beaten by Deportivo La Coruna.
James had a successful loan spell with Waterford in 2006 before he properly broke into Shels’ first team squad – this co-incided their financial difficulties demotion to the First Division, but he nonetheless stayed on until 2008.

A trial at Walsall was unsuccessful for James, but instead he accepted an offer from Solihull Motors in the Blue Square North Conference. The spell however only lasted a mere 3 months before he returned home to sign for Drogheda.

The move was the making of Chambers as he had an impressive season for 'The Drogs’ despite their poor placing that season. Chambers scored 9 goals for the Boynesiders in 2009, including one in their relegation play-off against Bray Wanderers.

The midfielder’s good form was enough for Shamrock Rovers to sign him, and in 2010 Chambers scored 11 goals for the Hoops as they captured the league title ahead of rivals Bohemians.

After winning the league, a move to the SPL with Hamilton Academicals arose as James once again moved. The Dubliner showed his ability with the Scottish side in the league as he made 19 appearances and scored 2 goals in 2011. However after Hamilton were relegated that year, he came home to join Liam Buckley’s Saints.

In Chambers’ sole season with Pats, he became a regular starter in midfield and starred in the Saints’ Europa League victories over ÍBV Vestmannaeyjar and NK Široki Brijeg, while he performed well in the defeat to Hannover 96. The season ended in heartbreak however as the Saints were defeated in the 2012 FAI Cup final to Derry City on a 3-2 scoreline after extra-time.

Chambers joined Shamrock Rovers and had three cup successes with the club last year, but despite that the midfielder was released. Liam Buckley moved quickly to re-sign James and as he looks to achieve success with the Saints in 2014. 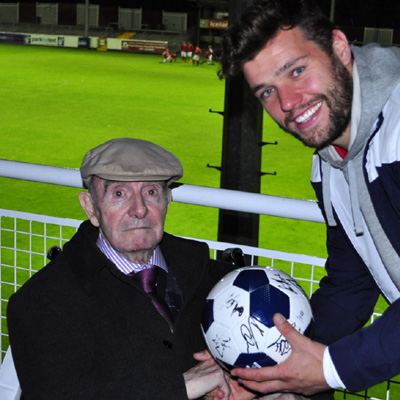