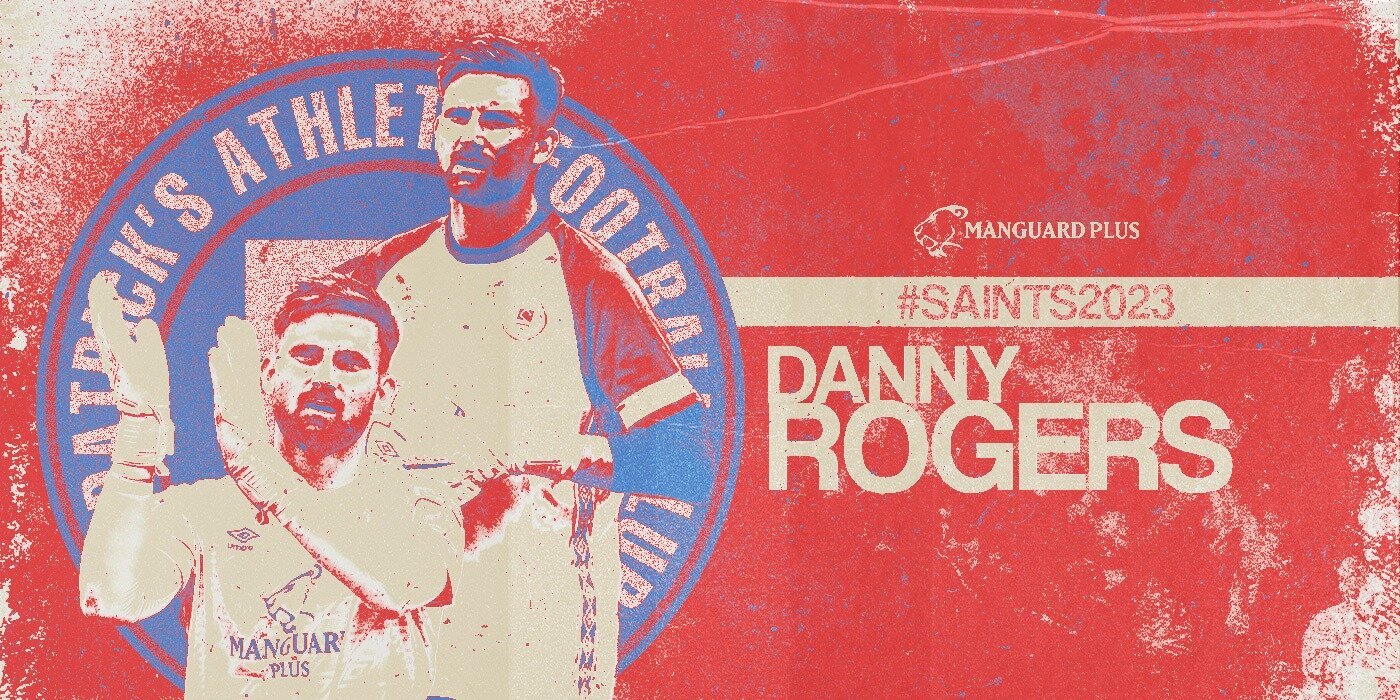 St Patrick's Athletic are delighted to announce that goalkeeper Danny Rogers has signed a new contract.

The 28-year-old joined the club last August during the summer window, and made 10 league starts in 2022.

Rogers signed on August 14th, just after our European exit, and made his first start the same day against Sligo Rovers, keeping a clean sheet on his debut in a 1-0 win at Richmond Park.

The Super Saints won five league games in a row during Danny's run in the team, he was on the winning side in seven of his ten league appearances, keeping two clean sheets.

He was also nominated for our Manguard Plus Player of the Month in August and September.

Rogers moved from Cherry Orchard to Aberdeen in 2011 and made over 160 senior appearances during his 10 years in Scotland with Dumbarton, Falkirk and Kilmarnock among his most notable clubs.

He played 22 times for Oldham Athletic in League 2 during the 2021-2022 season before returning home to sign for St Pat's.

He has been capped 10 times by the Ireland U21s and was also in the Ireland senior squad in 2016 during Martin O'Neill's time in charge of the boys in green.

Danny spoke to our Youtube channel after putting pen to paper on his new contract:

"I'm delighted to get the deal done and I'm looking forward to the new season. I really enjoyed my time at the club last season, we had a good run of results, I like everyone about the club and myself and my family are enjoying being home so it was a pretty quick decision.

The standard of the squad is very high and I've enjoyed playing in the League of Ireland for the first time, the fans has been brilliant too and I'm hoping we can do something special next season."

Manager Tim Clancy has been telling us more about his latest capture:

"It's great to have Danny back on board and we're looking forward to working with him again next season.

He signed during the summer window just after Joseph Anang left and went straight into the team that weekend against Sligo Rovers.

He performed brilliantly on his debut in that game and made some important saves while keeping a clean sheet. He did really well in the subsequent games, and played a key role in our five wins in a row after Europe which helped us secure European qualification for next season.

Danny has great experience having played almost 200 senior games in Scotland and England and he is a top goalkeeper, himself and David Odumosu will provide great competition for places in that area of the pitch."