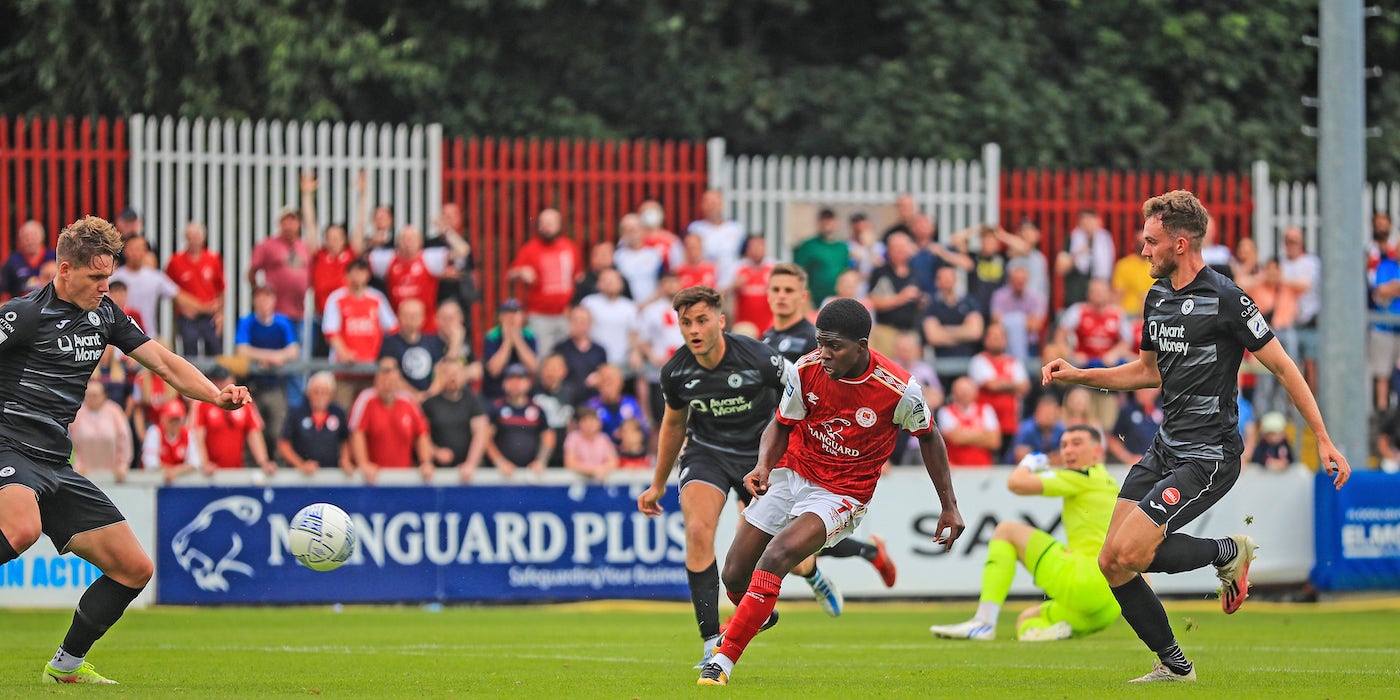 Our biggest away support in Sligo for over 10 years will be at The Showgrounds tomorrow night to cheer on the Super Saints in another massive game, with a lot still to play for.

A small number of away tickets remain available out the 500 allocation for the last away game of the season with the kick-off set for 7.45pm, these are available online only via the Sligo Rovers website HERE

If you're not one of the lucky ones in our number at the ground, you can follow all the action live on LOITV for a match pass of 7 Euro.

St Pat's come into the game aiming for the three points, with the meeting between Dundalk and Bohemians also in the European scenario, as hopes for 3rd place in the table and automatic European qualification remain much alive, with The Saints and The Lilywhites fighting it out.

Only two points separate the sides with two matches left to play, FAI Cup finalists Derry City and Shelbourne will provide the opposition on the final day on Sunday week, with Shels visiting Richmond Park and Derry hosting Dundalk.

If Derry City win the cup, 4th place in the League, which St Pat's are already guaranteed at a minimum, will also clinch a place in the UEFA Europa Conference League qualifiers next season.

Anto Breslin is the only name out for St Pat's, he'll be serving a suspension having been sent off during the visit to Tallaght, Tom Grivosti, who missed the game due to his own ban, is available again.

Tim Clancy's troops lost 4-1 at Shamrock Rovers on Friday night, with Serge Atakayi the man on the scoresheet for St Patrick's.

That was just a second defeat in 11 league matches for the Inchicore side, who'll be fully focused on getting back to winning ways at The Showgrounds.

Sligo Rovers are 5th in the table, 12 points behind St Pat's, they'll finish their season away to Bohemians next weekend.

John Russell's boys drew 0-0 with Derry on Monday and shared the spoils in a six goal thriller against Dundalk last Friday.

It's been one win to each side in the meetings so far this season, 2-1 for Sligo and 1-0 for Pat's, with the other ending in a 1-1 draw at The Showgrounds in May.


View From The Dugout

Manager Tim Clancy has been looking ahead to the match: "It's another big game for us and we'll be looking to get back to winning ways after the loss in Tallaght on Friday.

We've got two matches left and this is our last away game so well be aiming for a good performance.

Sligo were unlucky not to win against Dundalk last Friday and they played well and got a good result vs Derry on Monday evening.

All of our meetings with them this season have been competitive, we put in a brilliant team performance against them at Richmond in the last game after Serge's goal and Mark Doyle's red card to win 1-0.

We're looking forward to it, I believe we'll have our biggest away crowd in Sligo for a number of years which will be brilliant for the lads, we'll be doing our best to pick up three points on the road."

Team News: Tom Grivosti returns from suspension while Manager Tim Clancy will also be back on the sideline after serving a one match touchline ban. Anto Breslin will miss the game following his red card in Tallaght last Friday.

Tickets: Away tickets are available online only via the Sligo Rovers website HERE, a very small number remain.

LOITV: The match will also be live on LOITV, kick-off is at 7.45pm.