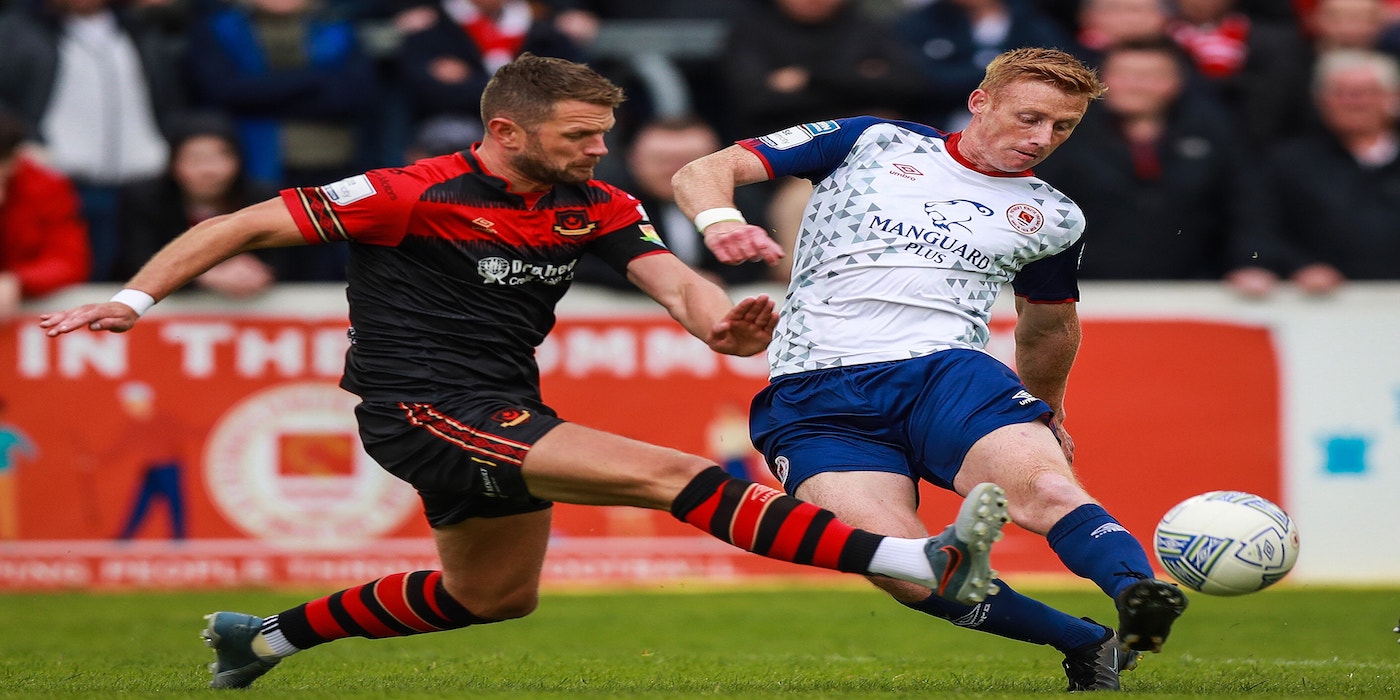 St Patrick's Athletic come into Friday's fixture at Head In The Game Park looking to continue their good run of league form.

The Saints remain 4th in the table, ten points ahead of 5th placed Sligo Rovers.

That impressive run means they are just four points behind 3rd placed Derry, and five points off 2nd placed Dundalk, with a game in hand.

Away tickets for the game, which will kick-off at 7.45pm, are available online only via the Drogheda United website HERE, the match will also be live on LOITV.

St Pat's head up the M1 with lots of familiar faces in their ranks, they'll also be looking forward to facing former players like Luke Heeney, Darragh Markey and Ryan Brennan, to name just a few former St Pat's men in the Drogheda squad.

Manager Tim Clancy had four successful seasons as Drogheda Manager from 2018 to 2021, and led the club to promotion as First Division Champions in 2020.

Captain Joe Redmond spent the second-half of last season with Drogheda, and has quickly become a fan favourite at Richmond.

The 22-year-old has been an ever present at the heart of the defence, and won his 3rd St Pat's Player of the Month award in August.

David Odumosu is also part of the St Pat's squad but is yet to make his competitive debut while Mark Doyle scored 50 goals during his six seasons in Drogheda and also netted a cracking volley for St Pat's against his former side the last time the teams met.

That was a 3-0 victory for The Saints at Richmond in July, the other meeting in Dublin ended 1-1.

Clancy's men have fond memories of their last visit to HITG Park, that was a 4-0 win in May, but tonight is a different game and should be a fascinating encounter.

Manager Tim Clancy has been previewing the game at a venue he knows well:

"It's another opportunity for us to continue our good run since Europe and to try to pick up our 5th league win in a row which would be massive.

We've been pleased with the results we've had in the last month in the league, performances have been very good as well.

I thought we made hard work of the Finn Harps game but picked up the points in the end.

We watched Drogheda at the weekend up in Sligo, the 2-0 result was probably a bit harsh on Drogheda, they certainly had plenty of chances.

We've been very good in the games against them this season, especially in the 4-0 win the last time we were at Head In The Game Park.

I obviously know Kevin Doherty and a lot up the players up there very well, they've been having a brilliant season again so we know it's not going to be easy but we'll be looking to continue our own positive form and that's what we'll be aiming to do."

Team-news: Adam Murphy (hamstring) will miss the game, Tim Clancy was happy to report that Murphy's rehab from a hamstring operation is progressing well.

Tickets: Away tickets for the game, which will kick-off at 7.45pm, are available online only via the Drogheda United website HERE

LOITV: The game will be live on LOITV with kick off at 7.45pm, LOITV match passes cost 7 Euro.