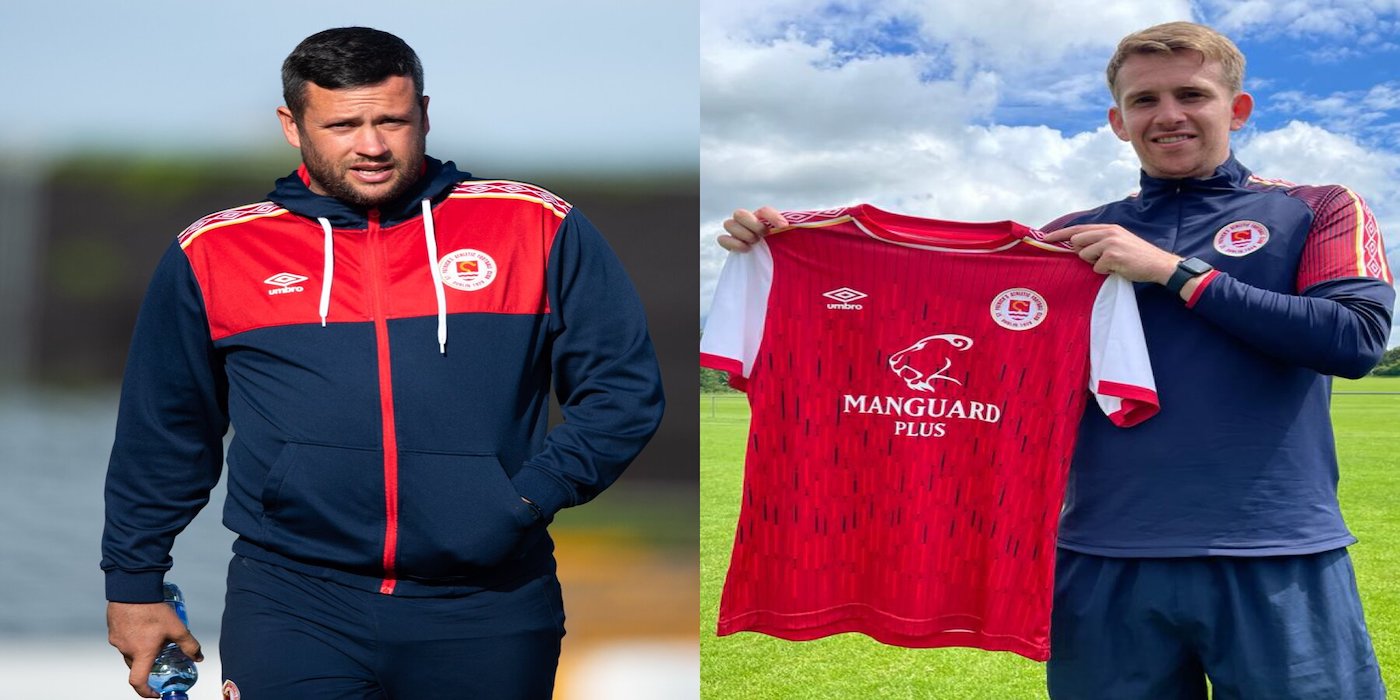 St Patrick's Athletic will be back in action on Friday night when the host Dundalk at Richmond Park.

Kick-off in this SSE Airtricity League Premier Division match is at 7.45pm with home tickets available HERE or from Richmond Park right up to kick-off, away tickets are available from Dundalk directly on their social media pages.

It has been two weeks since The Saints last outing.

They welcomed Drogheda United to Richmond Park back at the beginning of the month and were 3-0 winners over the Louth outfit.

Billy King's strike just before half-time opened the scoring and late goals from Eoin Doyle and Mark Doyle helped to round off an excellent performance in the lashing rain.

That result means St Pat's come into this weekend in 4th place with 35 points after the opening 23 games.

A win tomorrow night would move Tim Clancy's side to within two points of third placed Derry and just three points behind Dundalk, who currently sit second.

Dundalk come into the game in decent form, having lost just once in their last 10 games.

That defeat came in the Louth derby last weekend against Drogheda United.

Dean Williams got the only goal at Head In The Game Park.

The Lilywhites are 10 points off leaders Shamrock Rovers, albeit with a game in hand on the league leaders.

The sides have met twice this season so far in the league.

On the first occasion back in April, it was stalemate at Richmond with neither side breaking the deadlock in a 0-0 draw with Dundalk goalkeeper Nathan Sheppard in inspired form.

They went toe-to-toe again at the end of May when a 24th minute Daniel Kelly strike was enough for Dundalk to claim a narrow 1-0 victory at Oriel Park.

"We have had two very tight games against them already this season and there is very little in the games.

I've gotten to see them a playing a good few times and I suppose the benefit of us not playing last weekend was we were able to go up and watch the Drogheda Dundalk game.

The home game here the last time, I think Sheppard made a few unbelievable saves, one particularly really good one from Eoin Doyle late on to get them a point and then we gave up a soft goal against them in the first half when Daniel Kelly scored in the return fixture.

I think the way we played in the second-half when were knocking on the door possibly should have gotten an equaliser.

We felt disappointed to come away from that game without a point at the very least so we know it's going to be another tough game, but it's one we are prepared well for and one we want to go and try and win"

New signing Harry Brockbank spoke to the media earlier in the week.

He is hoping to make his competitive debut for the club tomorrow night.

"I came to the watch game against Shamrock Rovers a couple of weeks ago before I actually signed and I could see that the game was very up and down. It was a bit like a basketball match at some points.

That's what I missed when I was in America, the intensity of the game and people driving on each other to win."

With the focus on the league, Europe and the FAI Cup this month, the ex Bolton Wanderers right-back is excited to get going:

"I think being involved in all three competitions is obviously something that we can enjoy and hopefully we can go further on in those competitions.

We have a big game coming up on Friday and we have to just take each game as it comes and keep pushing for wins.

I think if we win on Friday, it takes us within three points of Dundalk, them losing in Drogheda last week was a big result so all focused on Friday and make sure we get those three points."

Tickets: The game will kick off at 7.45pm at Richmond Park, with home tickets available online HERE or from Richmond Park up to kick-off, away tickets via Dundalk directly.

LOITV: The match will also be live on LOITV for 7 Euro with former St Pat's league and FAI Cup winning hero Conan Byrne joining Jamie Moore in the commentary box.