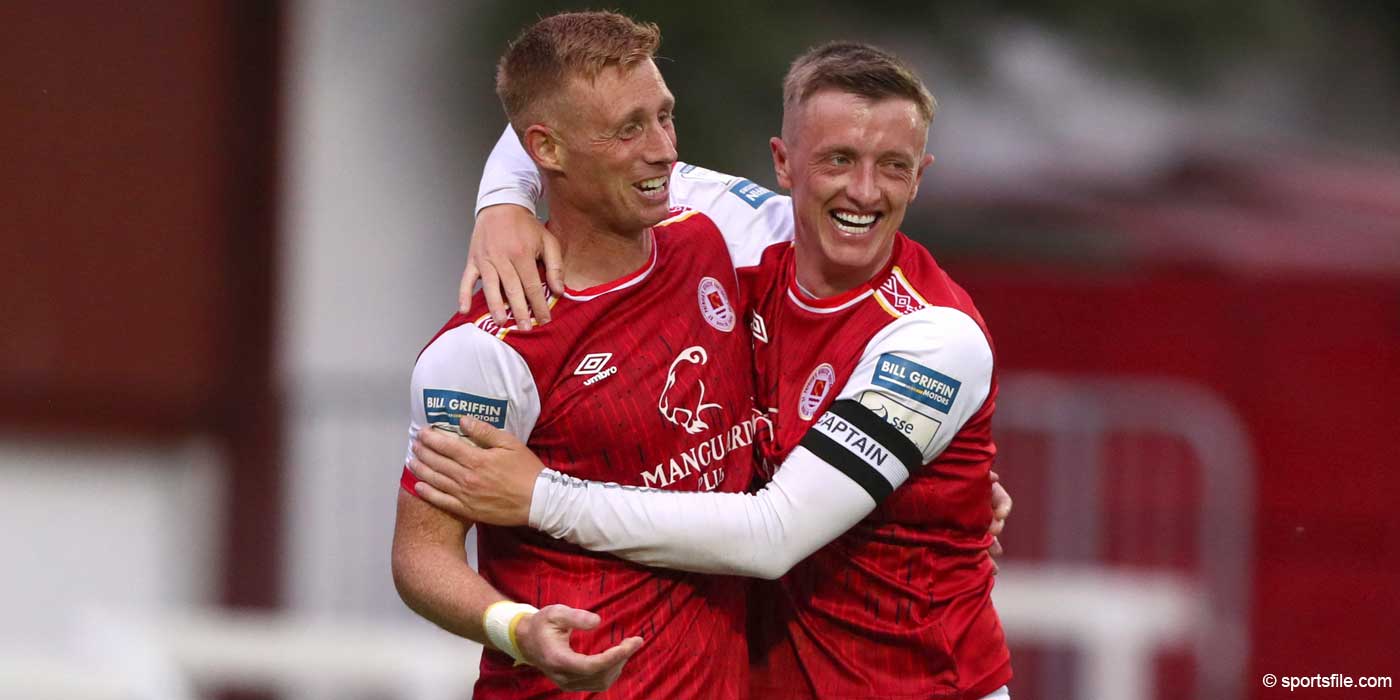 St Patrick's Athletic returned to winning ways after the Summer break with a 2-1 win against UCD at Richmond Park on Friday night.

A second half double from Eoin Doyle was enough to secure a Saints victory. There were some nervous Pat's fans late on when Alex Nolan pulled one back, but it proved to be too little too late as all three points stayed in Inchicore.

It was a quiet opening 10 minutes, with most of the ball spent in the air and St Pat's struggling to break down a defiant UCD defence.

The first opportunity of the night fell to Darragh Burns on the edge of the area. Some neat work from Anto Breslin and Mark Doyle teed up Burns whos effort stung the hands of UCD goalkeeper Kian Moore.

The Saints dominated most of the first half with UCD struggling to retain possession and create any clear cut opportunities for themselves.

St Pat's went close again just after the 30 minute mark when McClelland's corner found Mark Doyle at the front post. His glancing header forced Moore into making another save with the UCD shot stopper pushing the ball over the bar.

It was Doyle's namesake, Eoin who went close with the subsequent corner. McClelland's in-swinging corner lead to a scramble in the box with the ball eventually falling to Eoin Doyle who was inches wide with his effort.

Although St Pat's dominated most of the first half, perhaps the best chance of the half fell to the students. They broke at pace and when Darra Keane sent Donal Higgins through, he had the goal at his mercy but Joseph Annang got down the make an impressive save. The rebound fell directly to Sean Brennan, who's effort fell straight to the hands of Annang who did well to deny the students again.

The drama in the St Pat's box proved to be the final action of the half as the referees half-time whistle brought the curtain down on the opening 45.

The second half started much the same as the first half had, with the Inchicore outfit in control and it took them just five minutes to finally break the deadlock.

Mark Doyle did well and he laid it off to Chris Forrester on the edge of the penalty box. Forrester's chipped ball into the area found Eoin Doyle who directed his header goalwards. Despite Moore's best efforts to keep the ball out, Doyle's header had generated too much power and it sailed over the keeper's head and into the net to open the scoring.

The students' night went from bad to worse when their manager Andy Meyler was sent off for dissent, after he was unhappy with a Sam Curtis challenge early in the second half, Assistant Manager Willie O'Connor also saw red leaving goalkeeping coach Ger Barron in charge on the sideline.

Former Saint Tommy Longergan was introduced as they went in search of an equaliser and did they scramble the ball over the line, but it was ruled out for offside just before the 70th minute mark.

Moments later, St Pats doubled their lead. Mark Doyle played a neat ball through to Ben McCormack who was bundled over in the penalty area. Eoin Doyle stepped up and he buried his penalty into the bottom right corner to double the St Pats lead with just over 15 minutes left to play.

Lonergan went close again on the 80 minute mark and but Annang was on hand to tip the shot over the bar and away for a corner to deny the UCD attacker.

It was an anxious few minutes with the fourth official signalling five added minutes at the end of the half, however, St Pat's saw the game out to pick up a valuable three points on their return to action.

Next up is a long trip to the North West to face Finn Harps next Friday with Tim Clancy's charges going in search of back to back wins.