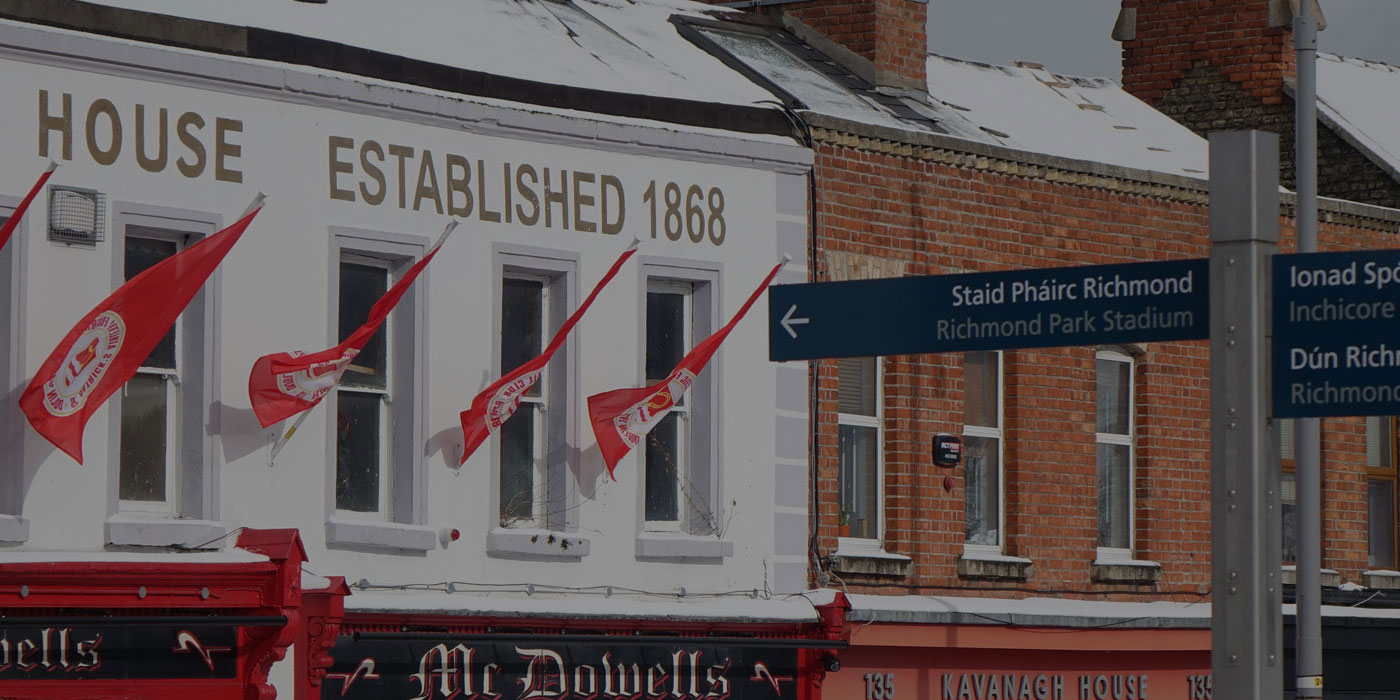 Rivers like the Camac, which runs through Inchicore, are good for people: they are natures psychiatrists

I spent a very happy little stint in Clondalkin when the Red Cow pub was a long, white-washed house where people played draughts in one corner.

I live now in Portobello. The township of Inchicore is about halfway between there and Clondalkin, and over 25 years I have come to know it fairly well.

What the name means I am far from sure; my guess is that it signifies "the commonage by the river."

Inchicore is very much in the centre of things; the main road to the south runs past one side; the main railway line on this island runs past on the other side.

The Camac is a remarkable river: It runs so wild and free that you can hardly believe that to a certain extent it was shaped by man: sometime in the last century its waters were diverted to turn a mill wheel.

You can read the rest of this article in our matchday programme: