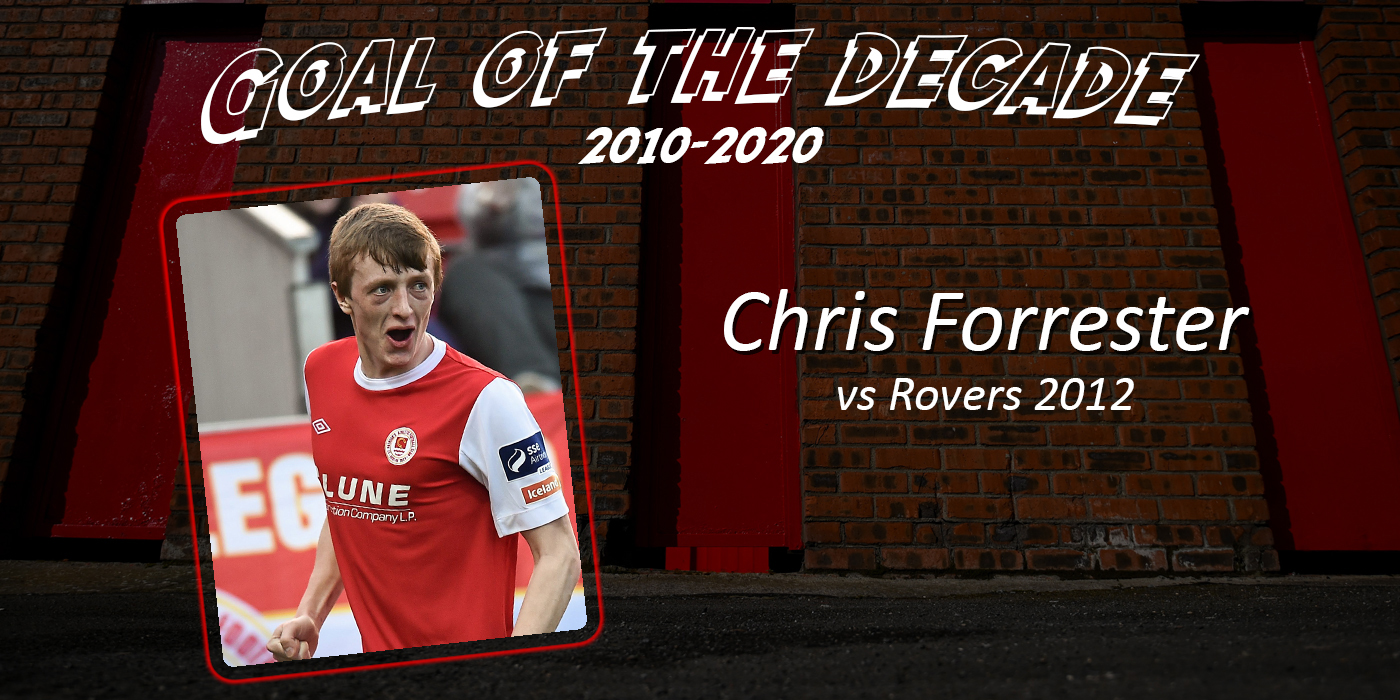 Forrester Wins Goal Of The Decade

Chris Forrester's goal against Shamrock Rovers (in 2012) has been voted the best St Pat's goal over the past 10 years.

We would like to thank everyone who voted over the past week and helped to choose a winner out of 32 great goals.

In the final, Forrester's scoop against Shamrock Rovers was up against the amazing team goal scored by Christy Fagan against Legia Warsaw in the Champions League qualification game:

#SaintsGOTD | Will it be Chris ForresterÃ¢€â„¢s delightful scoop against Shamrock Rovers in 2012 or Christy Fagan finishing off a terrific team move away to Legia Warsaw in 2014. Tonight from 8pm we will vote... pic.twitter.com/RkWrVSvc0u

But it was Forrester's goal which came out on top, securing 71% of the votes: