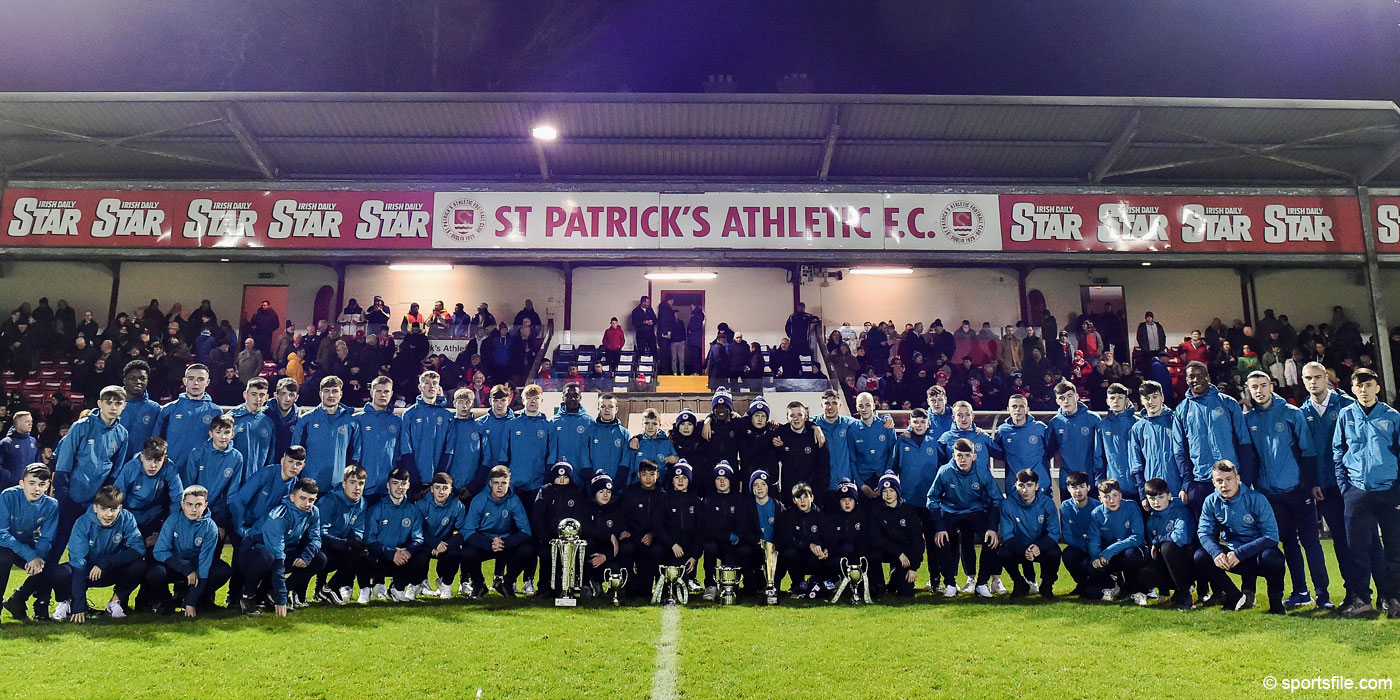 During half-time of our SSE Airtricity League match last night our four Academy teams paraded their haul of silverware from the 2019 season in front of the Richmond Park faithful.

There were an impressive SIX trophies on show, with our League and Cup winning Under 13 side leading the parade.

They were followed by our Under 15s who also completed the League and Cup double (for the second year in a row).

Next up was our Under 17s who won the league for the second time in it's history (after winning it in 2016) beating Bohemians to claim the trophy.

Finally it was the turn of our Under 19s who won the Leinster Senior Cup, taking over from the first team after the Quarter Finals. They beat Sheriff YC in the Semi-Final and Athlone Town in the Final.

The Underage league season will commence in mid-March and we'll have all the fixtures available across our social media platforms.