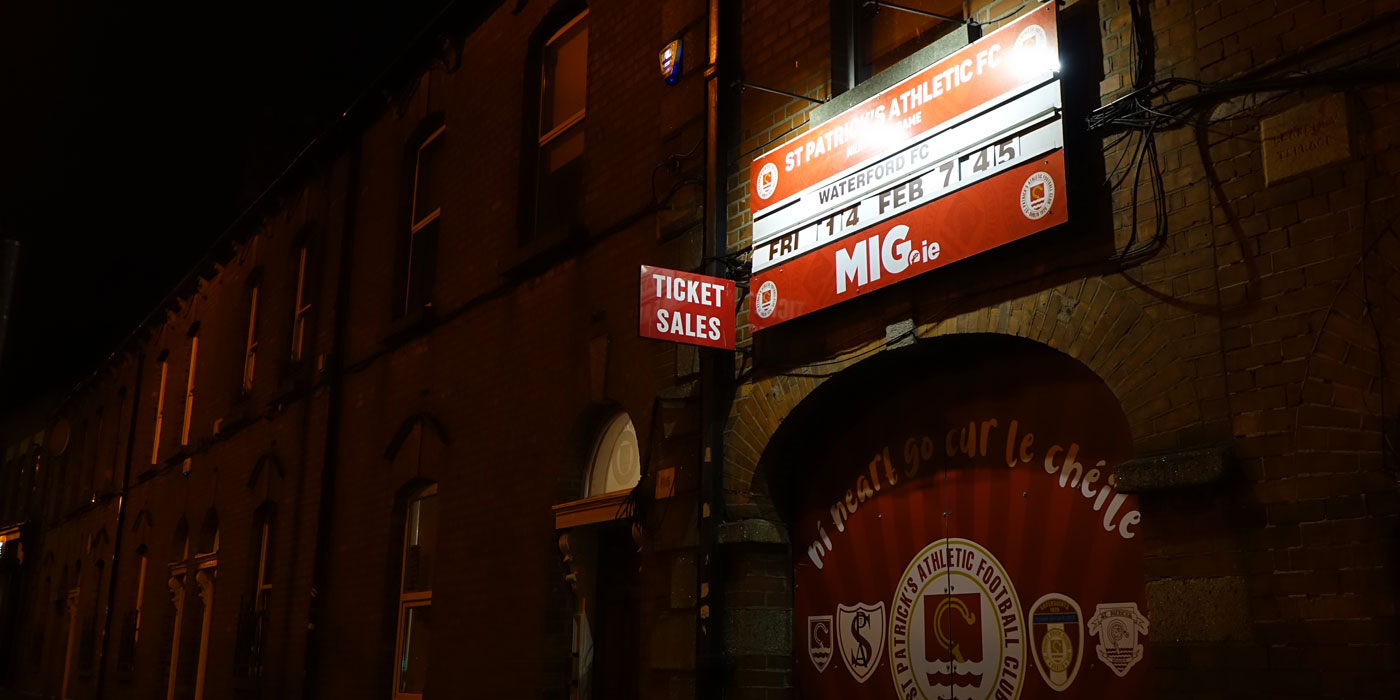 The Saints will be looking to get the new season off to a flyer in front of a big crowd in Richmond Park, with a large number of tickets already sold for the game and supporters encouraged to purchase their tickets in advance of the game.

For St Pat's Head Coach Stephen O'Donnell, the months of planning has all been aimed for Friday night and the league opener against the Blues.

"Players and staff are really looking forward to get going. The staff are just like the players and chomping at the bit in the lead up to the opening game. The players have been doing a hard pre-season for five weeks now so they are raring to go and get started. I'm delighted with the squad we have. All you can ask for in pre-season is attitude and application and from that end of it, I've been absolutely delighted," he told stpatsfc.com.

"With both the players that have been here and the players that have come in, they have all really put their shoulders to the wheel and worked hard and got themselves in good condition. That is what we are going to be demanding from the team and the squad: honesty of effort. That has been there in the pre-season and now we have to continue that on for the whole of the season."

In team news, O'Donnell reports that the Saints have a full squad to select from which includes the likes of new signings Robbie Benson, Conor Kearns, Scottish duo Martin Rennie and Billy King, Dan Ward, Shane Griffin, Jay McClellend and Ollie Younger who has just signed for the Saints on loan from Burnley.

One other new signing hoping to make the starting line-up is Rory Feely, who returns for his second spell at the club after two successful seasons with Waterford. After being named club Young Player of the Year in 2018 and Player of the Year for 2019, Feely believes he is back at Pat's a better player following his time with the Blues.

"It's great to be back at Pat's. I have changed an awful lot since my first spell at the club. Coming up through the under 19 side, I would have played alongside the likes of Darragh Markey and played as a right winger. Now though, I'm more established as a defender and the time away from the club has been spent learning my trade. Ironically it was at Waterford so I'm looking to see a few familiar faces, but there has been a lot of changes with them so it will be a completely new team we play against," Feely said when speaking to stpatsfc.com.

"Stephen was clear to us all from the start of pre-season and in talks when I signed back. He wants us to challenging at the top end of the league and he wants everyone to show their hunger and ambition to do so. We have had a great pre-season and bonded together as a team really well. That coupled with some of the quality we have, we are looking to try and get the season off to good start with a result on Friday."

Tickets for Friday's match are available to purchase online, from the club office on Emmet Road or at the turnstiles before kick-off.

As a large crowd is expected we encourage supporters to purchase tickets in advance of the game.