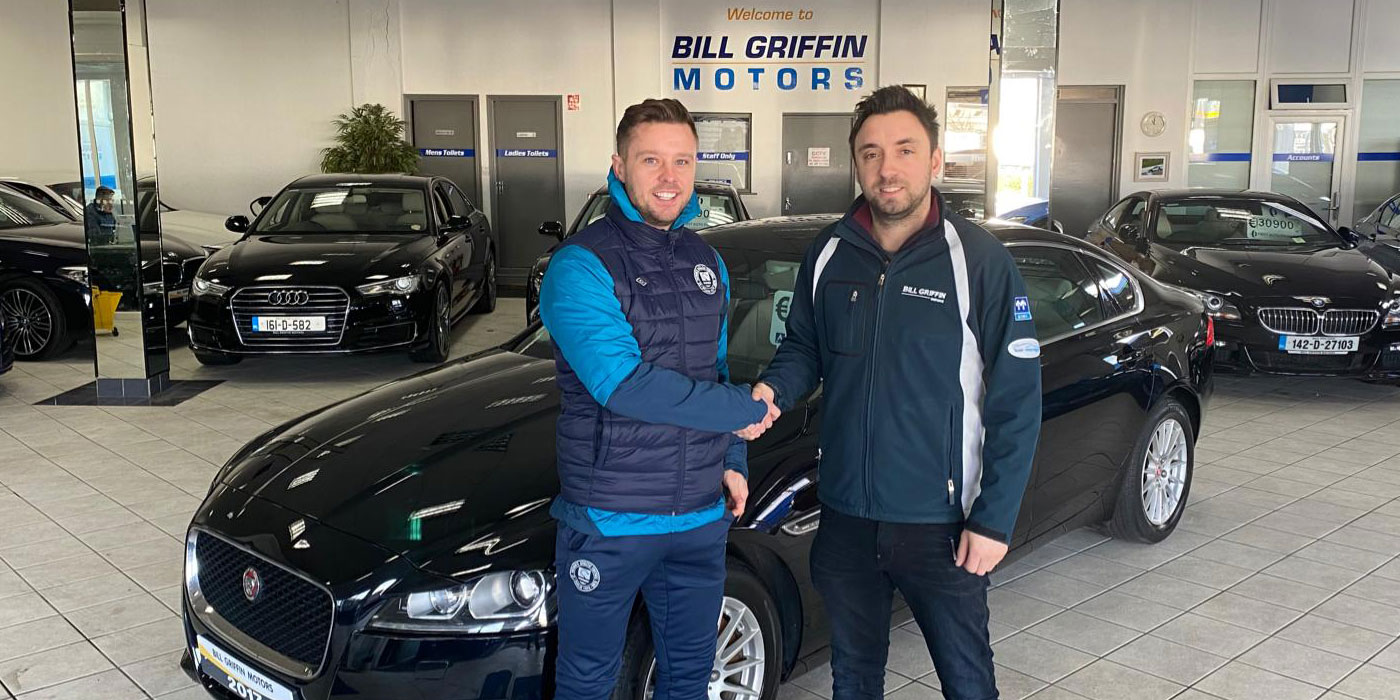 Bill Griffin Onboard For Another Year With Pat's

St Patrick's Athletic are delighted to announce that Bill Griffin Motors have signed up for another season to sponsor the Saints.

Ireland's number one used car Dealer, Bill Griffin Motors have a long and proud relationship with the club having sponsored the club for a number of seasons and all at St Patrick's Athletic appreciate the continued support of the Griffin family.

"We're delighted to be on board again," Dave Griffin admitted ahead of the club's season opening game against Waterford FC on Friday. "Bill has traveled up and down the country, and across Europe, to support the team and will continue to do so. We have had great support from fans of the club and around the league over the years. Here's hoping for a successful 2020."

All at St Patrick's Athletic would encourage supporters to check out billgriffinmotors.ie for details on their business and deals available.