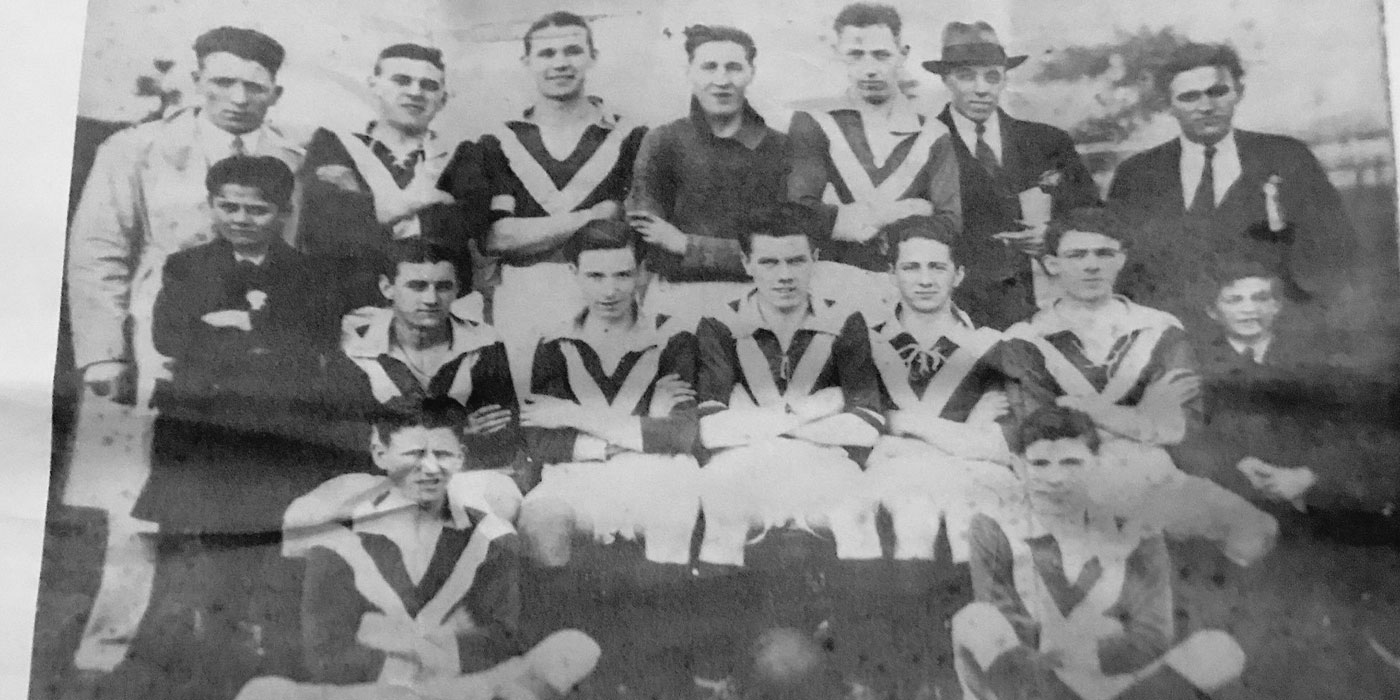 Pat's debut in competitive football was on September 13th 1930, a 7-3 Intermediate League win at home in the Phoenix Park against Greenmount United.

Sarsfield Rovers also played locally and were presumably connected to Sarsfield Road, at the top end of Inchicore. The St Francis listed here are a separate club to the one founded in the Liberties in 1958, who feature much later on in the history of St Patrick's Athletic. While there were several games in Bluebell, most of the clubs played their home games in the Phoenix Park.

The Pat's squad remained largely unchanged for the first few months of the season. Every week, the routine was the same. The squad would be announced in the Herald on Friday, and the players would meet on the Saturday, usually at 2.30 in the afternoon at McEvoy's (now the Black Lion Inn, Inchicore), to head to the Phoenix Park or elsewhere for a 3.30 kickoff. The results and occasional match reports were given in the Herald the following Tuesday.

October 25th 1930 is a landmark day in the history of our club as, in their fifth ever game in competitive football, Pat's played at a ground that would soon become synonymous with the club; Richmond Park. The home team were Bellville, associated with the nearby area of Bluebell. The teams played out a ten-goal thriller, finishing in a 5-5 draw. Our first ever goalscorers in Richmond Park were Des Dempsey (2), Jimmy Cummins, Tom Smith and Jim O'Brien.

Other than a 0-0 draw v Ashworth, Pat's were in free-scoring form, scoring an average of more than four per game across the season. This included several 5-0's and 6-0's and even a 7-0 win over Nugget Utd. Indeed, the Nuggets were on the receiving end of one of Pat's all-time highest winning margins; an 11-1 trouncing in the Leinster Junior Shield in November.

Pat's faced Gardenville on December 6th in a hot-tempered affair. Athletic ran out 4-0 winners with a brace each for Smith and Cummins, but a total of four players were sent off in the game. Rough play seemed to dominate many of the proceedings of the LFA, who had dealt with 150 cases involving 300 players for on-field misdemeanours by the end of December.

In total, Pat's won 17 of their 21 games, drawing three and losing just one. The season came to a head in late March, when Pat's received a walkover against Emerald Celtic in their final game.

It meant local rivals Bellville needed a win against Gardenville at Bluebell to match St Pat's on points. With 20 minutes left, Bellville were 2-0 down, but some interesting drama was to strike. The Sunday Independent match report states that "a player of Gardenville handled three times inside the area and O'Neill netted twice from the resultant kicks, leaving Bellville winners."

No doubt any St Patrick's Athletic fans or players who made the short trip to Bluebell to watch were sceptical of such an outcome, but it left Bellville and Pat's tied on 46 points. A test match (play-off) was to settle the Championship later in the year.

We will reveal what happened in part 2, along with some of the players who starred for the Saints in that first season, and the details of two early Cup runs.

On Saturday August 31st, the club are hosting a special 90th Anniversary Dinner which will take place in the Green Isle Hotel. You can purchase tickets online or in person at the club