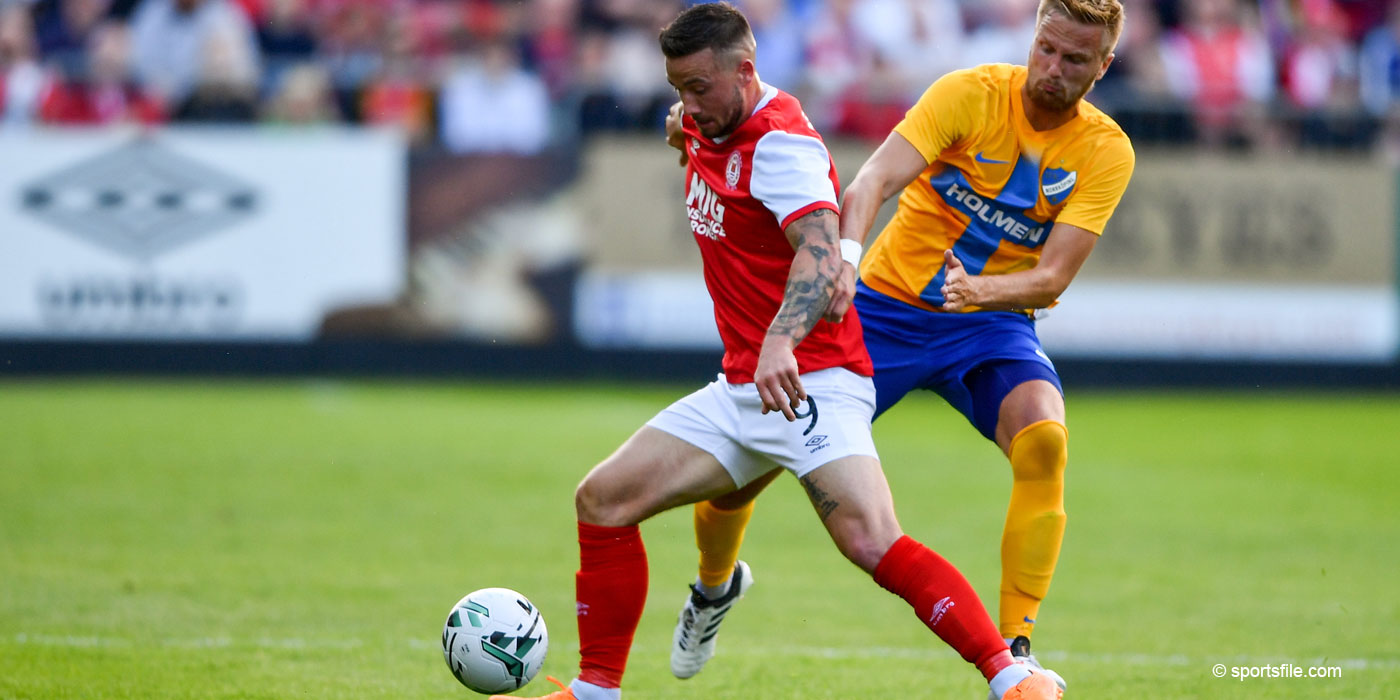 The Saints face a difficult task going into the game already trailing 2-0 on aggregate following a two goal defeat in Richmond Park last Thursday as goals from Simon Thern and a own goal from Lee Desmond gave the Swedish side the victory.

Pat's have since hosted English Premier League side Chelsea in Dublin since the first leg, and Harry Kenny's side travel to Norrköping in good spirits ahead of Thursday night's game with the manager having a full squad to select from.

"It's a tough ask, but there is no point in being in the tie if you are not going to go for it so we'll get our plans done," Kenny admitted when speaking to stpatsfc.com. "I thought we acquitted ourselves quite well in the first leg, but just gave away two sloppy goals. And football is funny like that when you look at Spurs and Liverpool last season turning around their European semi-final deficits in cup football. So if we get a goal early on at any stage, or even into the second half, it puts the frighteners on them a little bit and you never know what could happen. The whole stadium and the opposition can get nervy and can go quiet so we'll be trying to get the first goal and take it from there."

Reflecting on having seen up close his side come up against IFK Norrköping in the first leg, Kenny admitted that the Saints were coming up against a good standard of opposition, however despite the challenge facing them, both management and players are motivated to overcome the deficit.

"I've looked back at the game already and we have got to find areas of the pitch that we can hurt them. We certainly won't be going gung-ho from the start of the game as the game is over 90 minutes, but we'll be looking to throw people forward if we are in a spot of bother."

"It has to be said, they are a very good team with some really good players and lots of internationals. They played particularly well in Richmond Park, and especially in the second half where they pulled us around a little bit. But I'm looking forward to the game as we'll play them now in a lovely stadium that has an astro pitch. It's all different for ourselves and that is what Europe is all about. It's an exciting time for the club and we've just got to try and get through the tie."