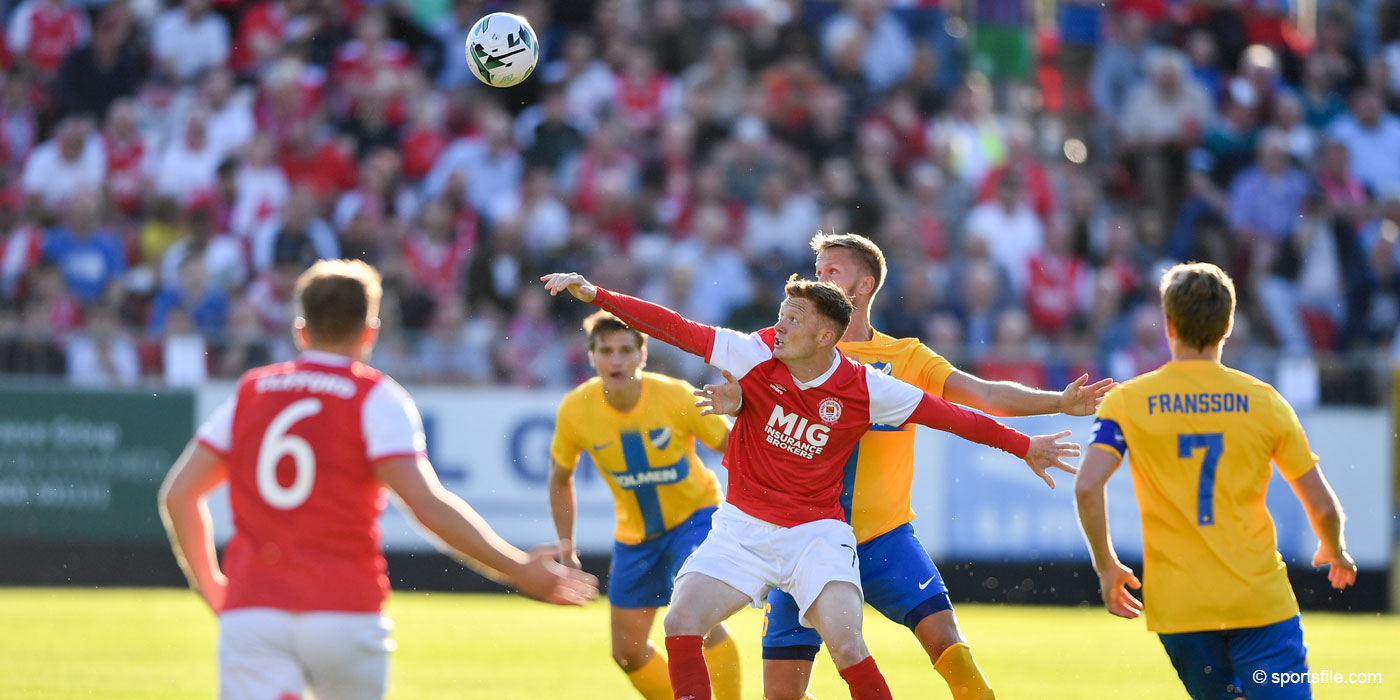 St Patrick's Athletic look set to crash out of the Europa League after just one tie after their struggles in front of goal - and some poor refereeing - cost them on a balmy Dublin evening.

Swedish outfit Norrkoping were clearly the better side and second-half goals from Simon Thern and Lee Desmond, who headed into his own net, resulted in a scoreline reflective of the gulf in class here.

Harry Kenny's up-and-down league form carried into this game and, very much second-best in the midfield area and having had a dire return all year from their strikers, they can have few complaints.

That said, the home side were denied a blatant penalty on 14 minutes.