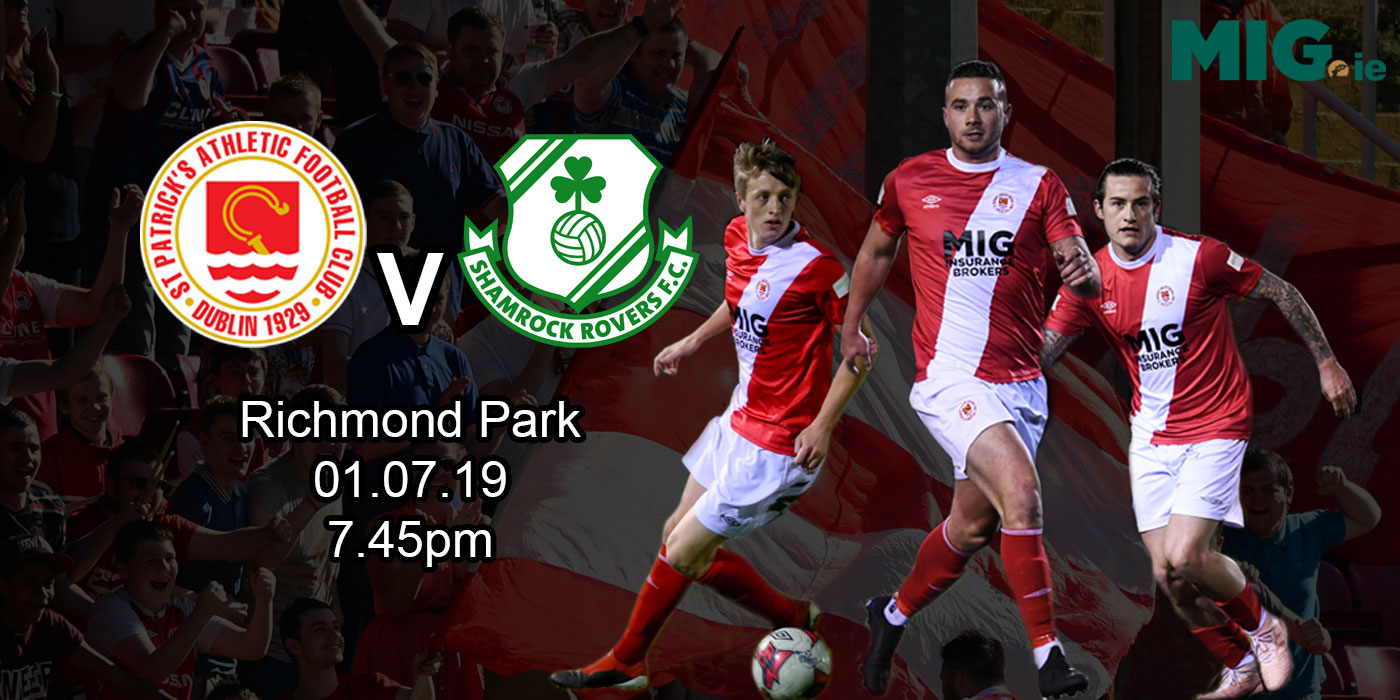 The Saints will be looking to maintain their recent form that has seen them pick up wins both before and after the midseason break; Kevin Toner scoring the sole goal in a 1-0 win over UCD last Friday.

In team news, the Saints will give a late fitness test to defender Dave Webster on an ankle injury, but manager Harry Kenny expects to otherwise have a full squad to select from.

"We picked up a good win on Friday night as UCD are always tough opponents. I thought our performance was good, but we need to more clinical in front of goal and with the chances we create." Saints' manager Kenny told stpatsfc.com.

"We know what to expect on Monday from Shamrock Rovers.

They are a really talented team and have strengthened as well in the transfer window. We have had two tight results against them this season so we have to make our chances count. It's a Dublin derby and Richmond will have a good crowd and atmosphere so the players are looking forward to the game."

Home supporters can purchase adult and child tickets online to avoid any queues on the night.

Tickets are also on sale from the club on Emmet Road or at the turnstiles on match night.

Away Supporters should purchase their tickets from Tallaght Stadium.