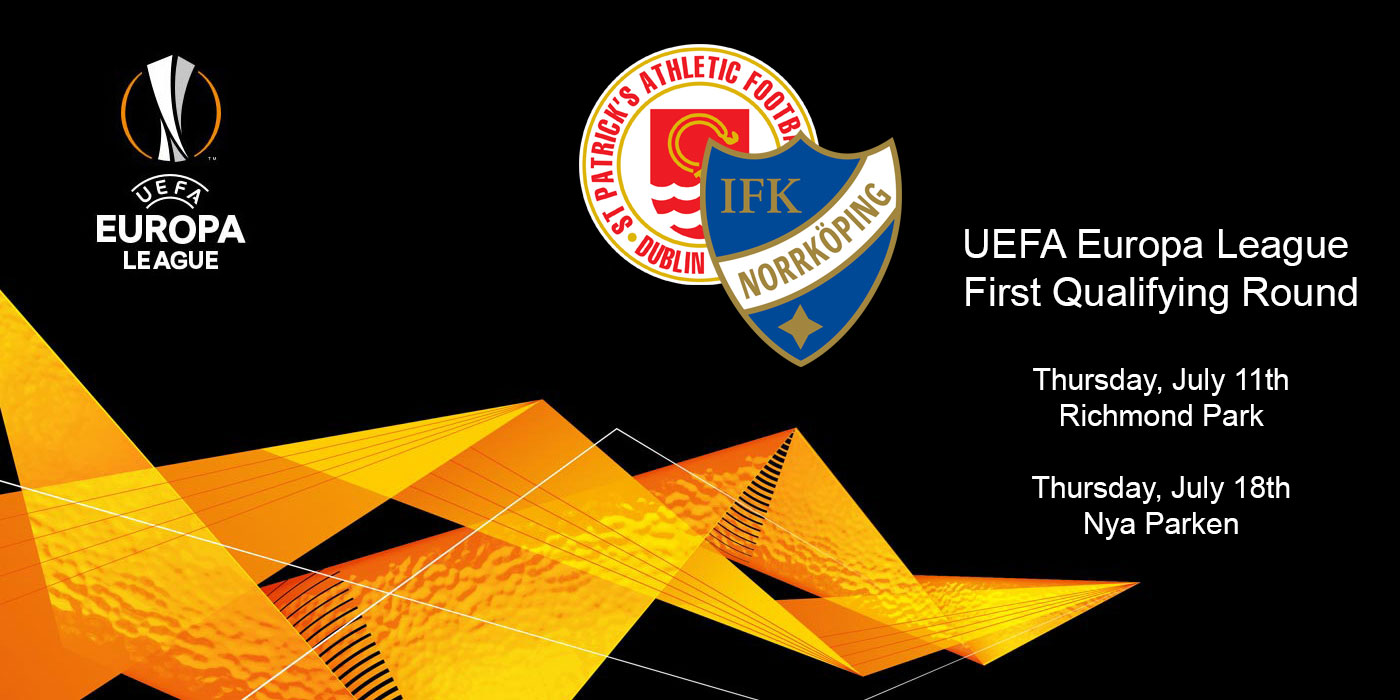 Saints To Face Norrkoping Of Sweden In Europa League

Today's 2019/2020 UEFA Europa League draw has seen St Patrick's Athletic drawn with IFK Norrkoping in the first qualifying round of the competition.

Norrkoping, who are currently seventh in the Swedish top flight, have a stadium with a capacity of 17,000, with the city of Norrkoping about 160 km southwest of the Swedish capital, Stockholm.

The Saints will host Norrkoping in Richmond Park on Thursday 11 July in the first leg, with the return leg to take place in Sweden on Thursday July 18.

St Pat's have history of facing Swedish opposition with the club's last tie against a Swedish side in the then UEFA Cup when the Saints defeated Elfsborg 4-3 on aggregate in 2008.

**article updated to include dates of matches as of 9pm on Tuesday, 18 June**