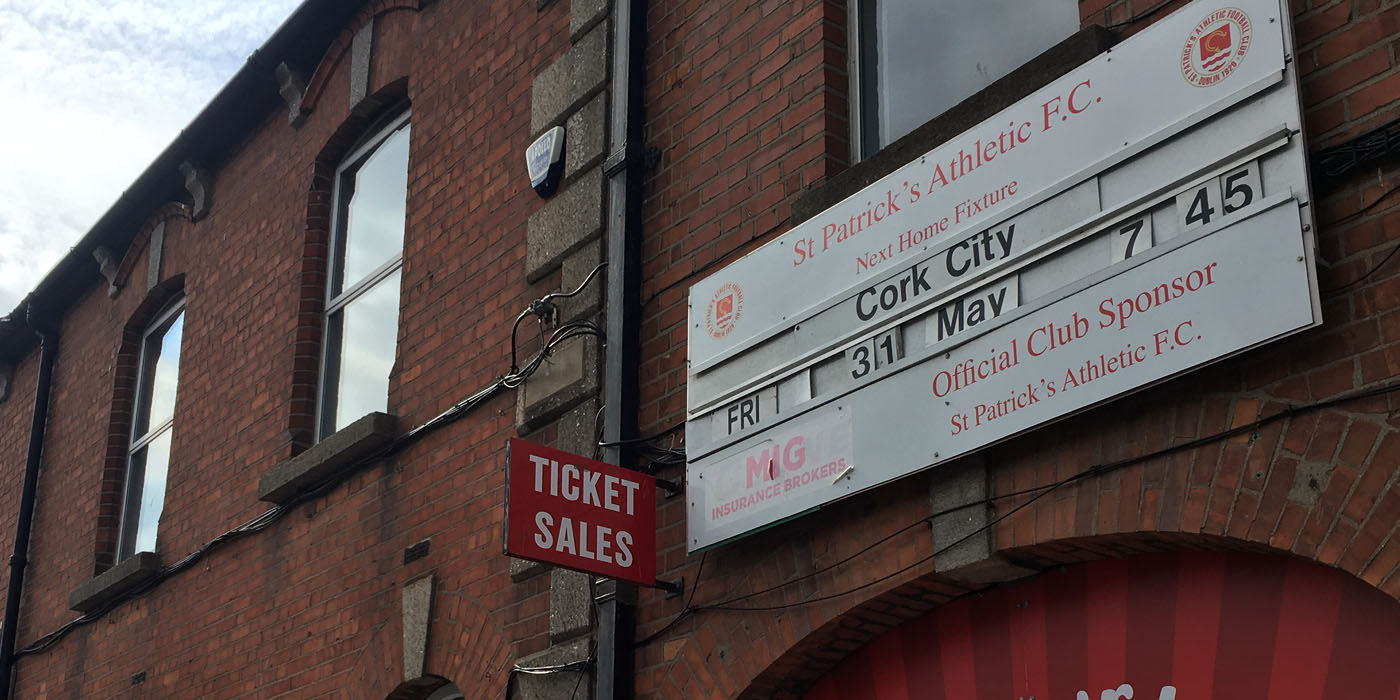 The Saints will be looking to bounce back following a 1-0 defeat last week to league leaders Dundalk, a last-minute deflected goal from Sean Hoare denying the Saints a point in Oriel Park.

The Inchicore side face Cork City on Friday evening for the third time this season, with Harry Kenny's side having claimed four points from a possible six thanks to a 1-0 win back in February and a 1-1 draw in April.

In team news, Pat's are without duo Lee Desmond and Conor Clifford through injury, while Rhys McCabe also sits out the game due to a one match suspension. Dean Clarke however comes back into contention having recovered from injury.

For Saints' boss Harry Kenny Friday's game gives his side the opportunity to record a positive result following last week's defeat, with Kenny citing his pleasure at the performance against the league champions in Oriel Park.

"I thought we played really well on the night in Oriel Park. We were solid throughout the game and in the first half we had a few chances that we were unlucky with. The goal at the end was that bit of luck that went Dundalk's way and went against us, so we just have to pick ourselves up and go again," Kenny told stpatsfc.com.

"Cork have picked up a few wins lately and will be tough opponents, but we are just looking to build on last week's display and if we can do that, hopefully we will pick up the points."
For striker Mikey Drennan, Friday's meeting between the Saints and the Leesiders is one he is looking forward to as his first half penalty proved to be the decisive goal when Pat's picked up a 1-0 win on the opening night of the SSE Airtricity League season. With a special offer of all under 12 children being admitted free with a paying adult on the night, Drennan outlined that he and his teammates were looking to put on a good performance for the Pat's fans.

"I am looking forward to Friday as it is a game we are going into trying to win. We are full of belief that we can pick up the points against Cork and personally, it is a game I'm hoping to get a goal in as I am a few games without a goal now," Drennan admitted when speaking to stpatsfc.com.

"Be it Cork, or any other team, I know that I believe we can beat any team in the league on our day so we are targeting another win against Cork just like the opening night of the season. Training has gone well in the run-up to the game so we are hopeful of putting on a performance in front of our fans, the television cameras and get a win that will keep us up there competing with the teams ahead of us."

KIDS GO FREE | Start the midterm break in the right way with a visit to Richmond Park for the visit of @CorkCityFC. To help, all kids under 12 will be admitted free with a paying adult! #Saints2019 #KidsGoFree