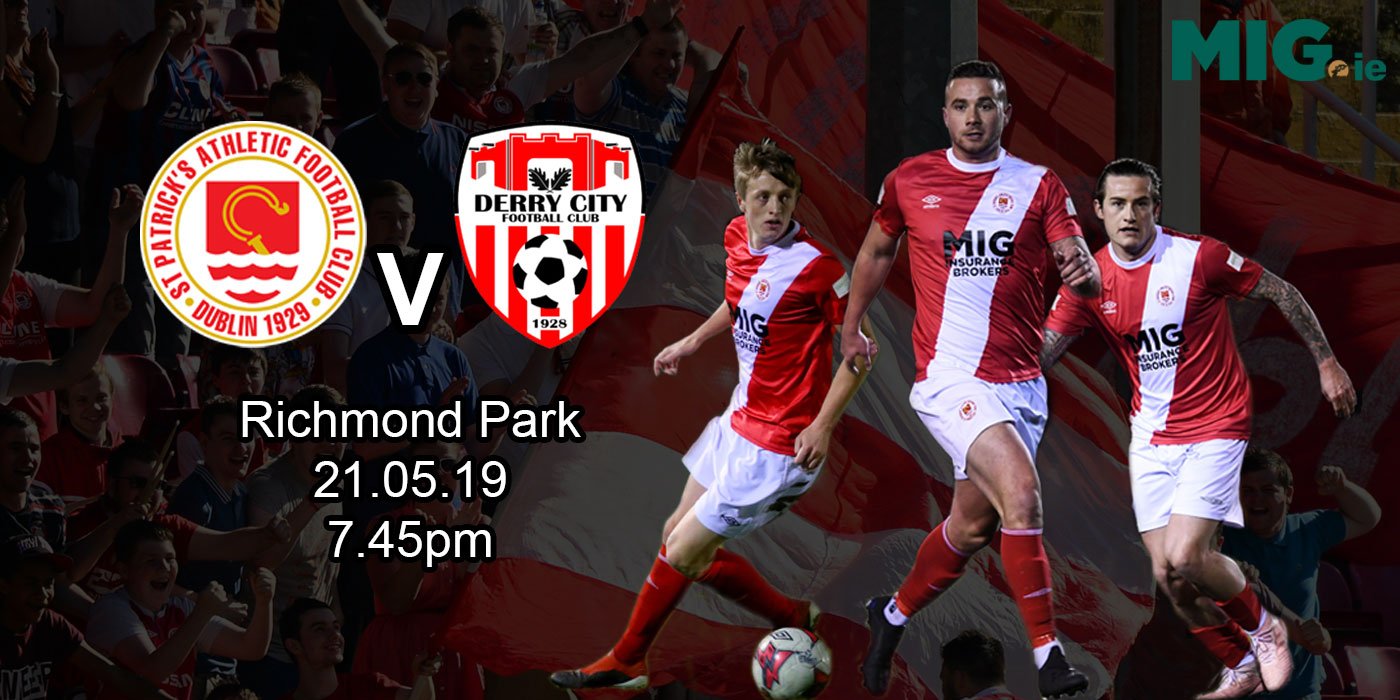 St Patrick's Athletic host Derry City on Tuesday night in Inchicore as they look to pick up three points against the Candystripes in the SSE Airtricity League, kick-off 7.45pm.

The Saints head into the game off the back of a 1-1 draw in last Friday's Dublin derby against Bohemians, Darragh Markey scoring his first goal of the 2019 season on the night.

Pat's and Derry meet for the third time in the league in the last 5 weeks, with the most recent clash between the sides coming less than two weeks ago when a Lee Desmond goal earned the Saints a point in a 1-1 draw in the Ryan McBride Brandywell Stadium.

In team news, the Saints are without Dean Clarke and Lee Desmond through injury.

"We had a good draw against Bohs last Friday and now we have this game against Derry following on from it quickly. Derry were tough opponents recently and we know that we need to be at it to compete with them," Kenny told stpatsfc.com.

"That said though, I thought we played well up there and got a good point in Derry thanks to a great goal from Lee Desmond. If we can show the same levels of performance from that night, and of what we showed against Bohs, I'd be hopeful we can pick up a result."