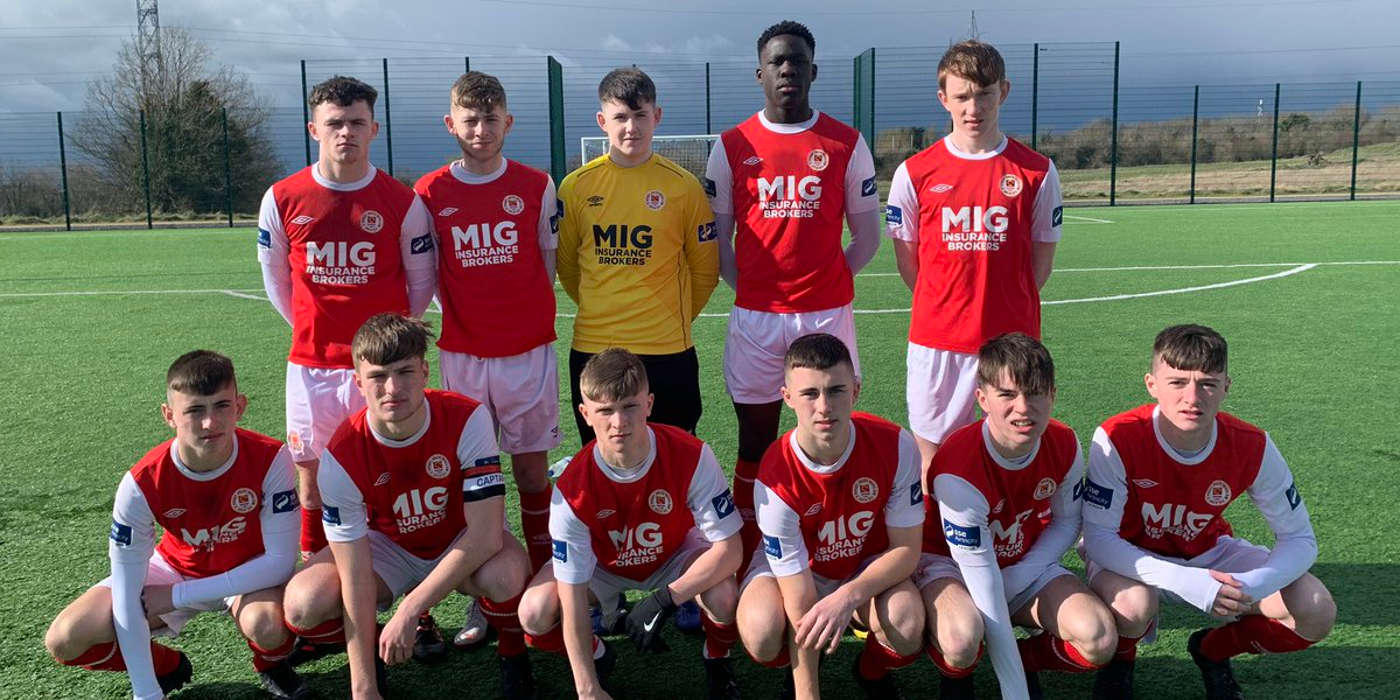 On Saturday the Under 19s traveled to Drumoghill FC in Donegal to face Finn Harps in their opening league game of the season.

In difficult conditions the Saints took the lead through Kevin Kelly but the hosts equalised with 15 minutes remaining to claim a point.

Yeterday the Under 17s (pictured above) won 4-0 against Finn Harps at IT Blanchardstown. Saints' goalkeeper Morgan Price saved a penalty at 0-0 before gaols from Sami Ayoola, Darragh Burns, Ben McCormack and Danny Norris made it two wins from two for the Saints

The Under 13s defeated Glasgow Rangers in a friendly in Belfast yeterday as as wrap up their pre-season preperations ahead of the start of season this coming weekend.

ðŸ‘ Our U13s were on the road to Belfast today. Our newest #SaintsAcademy team beat Glasgow Rangers in a friendly game in Belfast with a brilliant performance in front of goal. Their new & first ever @SSEAirtricityLg starts against Bohemians this day next week ðŸ"´âšªï¸âš½ï¸ pic.twitter.com/9jg1oVzdG2