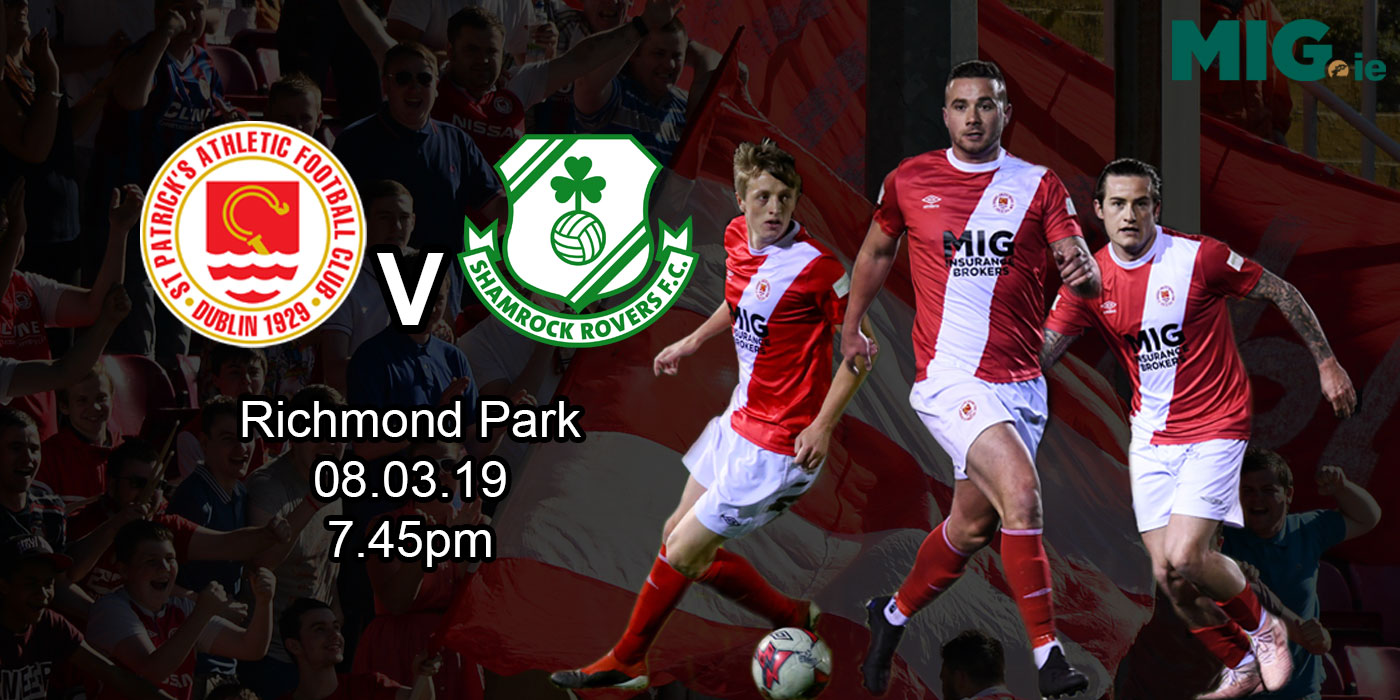 It's just 3 days until Dublin Derby Day in Inchicore!

Shamrock Rovers are the visitors to Inchicore as Harry Kenny's side look to extend their unbeaten start to the season - a win for the Saints would see them leapfrog their opponents in the table.

St Pat's have won three of the last five meetings between the two sides at Richmond Park, with Rovers winning the other two.

The last team to beat the Saints at Richmond Park was Shamrock Rovers, and since then the Saints have won three of their last four competitive games in Inchicore - with no goals conceded in all four games.

Saints captain, Ian Bermingham, is edging closer to his 400th appearance for the club. His first goal for the Saints was against Rovers in the Tallaght Stadium back in March 2010.

Supporters can purchase adult and child tickets online to avoid any queues on the night.

Tickets are also on sale from the club on Emmet Road.

When entering the ground via Camac Close we remind supporters to queue on the left of the lane for tickets and on the right of the lane to enter the ground.

Shamrock Rovers supporters should purchase their tickets at the Tallaght Stadium and enter the ground via the away turnstiles on Emmet Road.