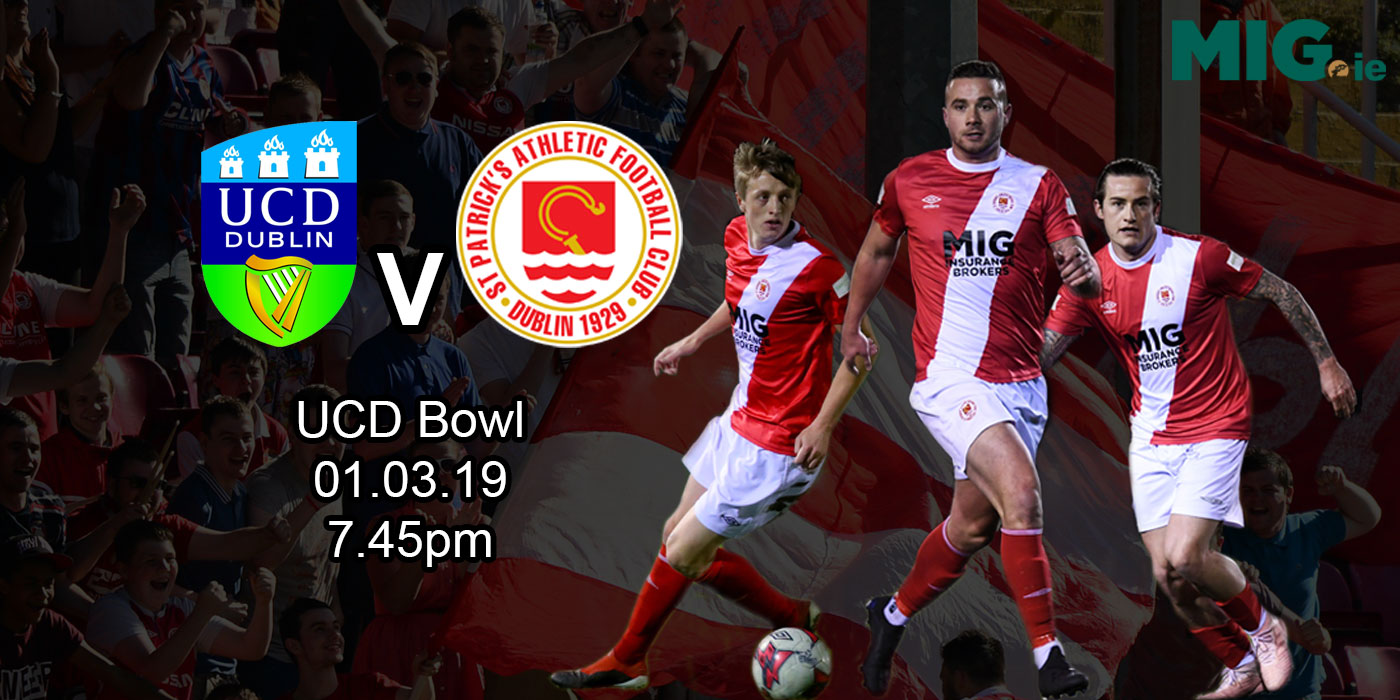 The Saints head into the game with seven points from a possible nine in their opening three games of the 2019 season, with Harry Kenny's side still to concede a goal in the season to date following two 1-0 wins over Cork City and Sligo Rovers and a 0-0 draw last Monday against Finn Harps. As a result, Pat's will be hoping to return to winning ways and manager Harry Kenny is targeting the three points following Monday's stalemate.

"We had a difficult game last Monday against Finn Harps who are a newly promoted side. We now face UCD on Friday, another promoted side, so we know it will be another tough game. We know that UCD are a talented team and are settling to the Division. They ran Dundalk really close on Monday and will be fired up to get their first points against us," Kenny told stpatsfc.com.

"We are really happy with the start we have made to the league. Seven points from a possible nine is good and we know we have a lot to still work on. It is a gradual process to have everybody getting used to playing with one another, so we know that if we can grab as many results as possible now, it will really stand to us over the course of the season. If we can pick up a win in the Bowl on Friday night and have ten points out of twelve, it would be a great return for us."

In team news, the Saints remain without the services of Dean Clarke through injury while captain Ian Bermingham faces a late fitness test.

Looking back over the three games to date in the league, stpatsfc.com got the views of striker Mikey Drennan, which can be watched at the link below or by clicking HERE