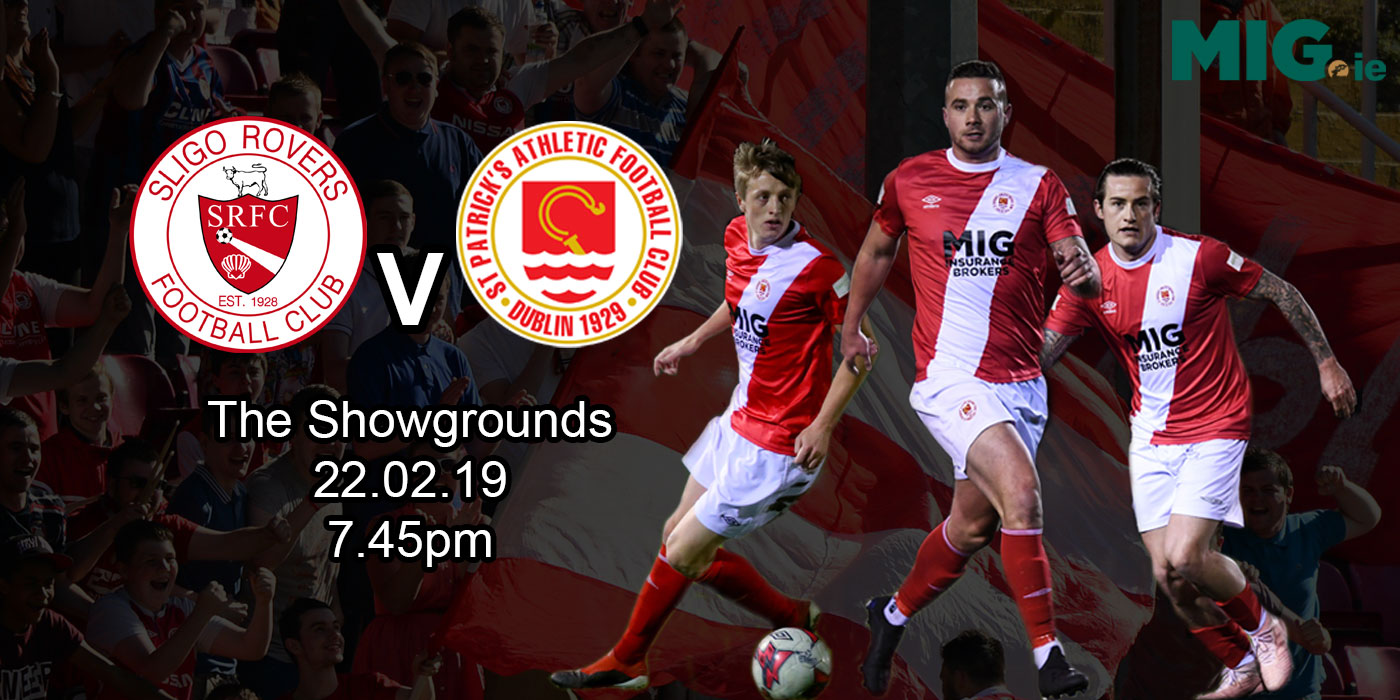 St Patrick's Athletic travel west to face Sligo Rovers in their first away fixture in the 2019 SSE Airtricity League, kick-off in The Showgrounds is 7.45pm.

The Saints began the new league season last week with a 1-0 home win against Cork City in a packed Richmond Park thanks to a penalty converted by striker Mikey Drennan.

Ahead of the game, Pat's manager Harry Kenny hopes to have a full squad available for selection with Dean Clarke and Gary Shaw facing late fitness tests.

"I was really happy with last week's win against Cork. However we know it was a single result and that we have to continue the hard work on the training ground if we are to follow up that result," Kenny told stpatsfc.com.

"Sligo picked up a very good point in Oriel Park against Dundalk. For any side to travel to the league champions and get a result on the opening night of the season is a positive so we know that we are likely to be facing a strong Sligo team on Friday night."

For midfielder Conor Clifford, the aim in 2019 is to improve on last year's performances and last week's victory over Cork in front of a huge crowd in Richmond Park was a good way to start the season.

"It was a great win for us and a great start to the season. It was not a classic game to watch for the fans as it was a bit scrappy at times as we had to deal with a lot of long balls and clear our lines a lot, but it as a good team performance and very solid," Clifford said to stpatsfc.com.

"It was brilliant crowd on the night as well and the supporters really helped us towards the end of the game. Cork were putting us under a lot pressure and the fans kept us going with a great support. It was a great atmosphere to walk out to and to see Richmond rocking again was great and hopefully if the crowds can continue supporting us."

Ahead of facing a Sligo side under the management now of Liam Buckley, Clifford admitted that he and his teammates are expecting a tough game off the back of Sligo's impressive start to the season with a point against Dundalk.

"We watched the DVD back of their game against Dundalk and they defended really well. It was a great point for them so that makes it difficult now travelling to the Showgrounds on Friday. It will be a tough game as Liam [Buckley] will have them set up well, and he will want to do well against us and what is his first home league game. But we are ready for it and hopefully we can get the three points."