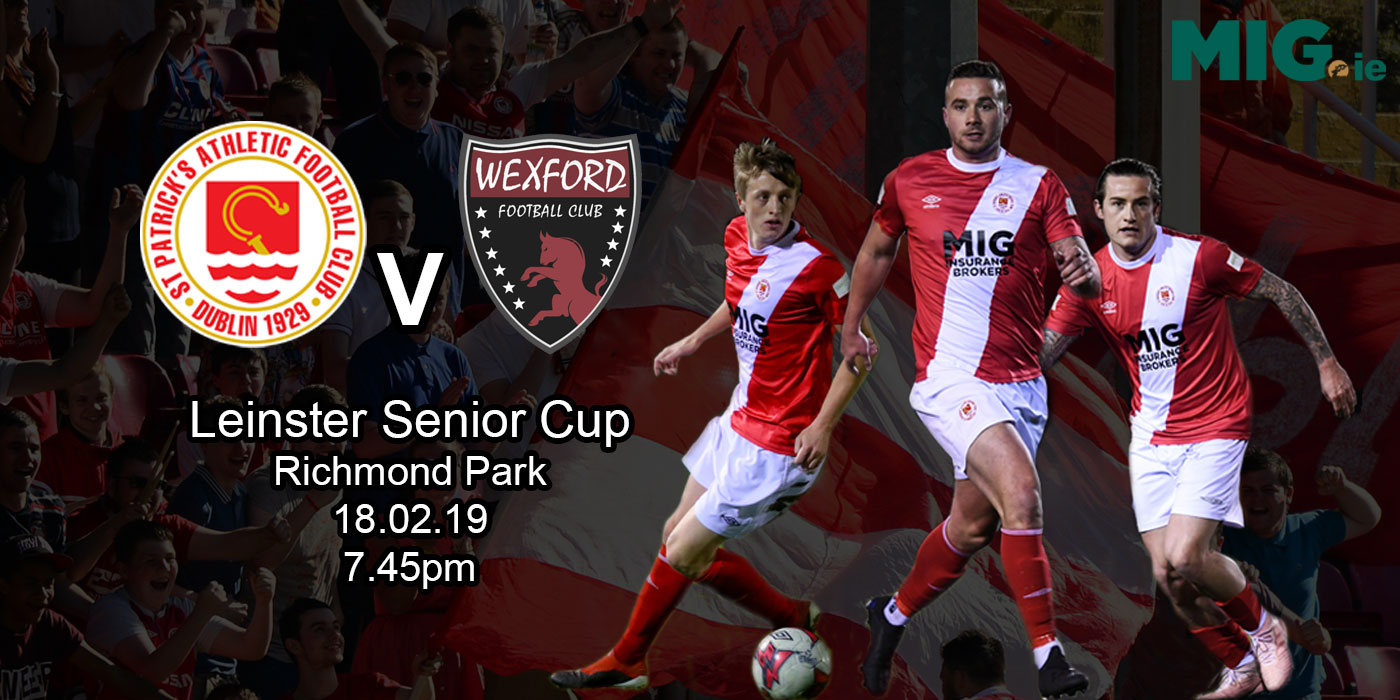 St Patrick's Athletic host their second home game in four days as they welcome Wexford FC to Richmond Park, Inchicore on Monday night in the Fourth Round of the Leinster Senior Cup (kick-off 7.45pm).

The Saints will be hoping to maintain their strong form over pre-season which culminated in an opening night 1-0 win over Cork City last Friday in the SSE Airtricity League, while in comparison, Wexford will be hoping to build ahead of the start of the First Division which begins next Friday.

In team news, Harry Kenny has a full squad to select from however the Saints' manager has admitted he will make changes to his starting team.

"The lads who didn't play on Friday against Cork City will be getting a chance on Monday. We have a really good squad this year so we have a lot of players pushing to get into the starting line-up.

It's important that we use the full squad over the season and Monday is a great chance to see a few players put their hands up to get into the team."

Kick-off on Monday night is 7.45pm in Richmond Park, Inchicore.