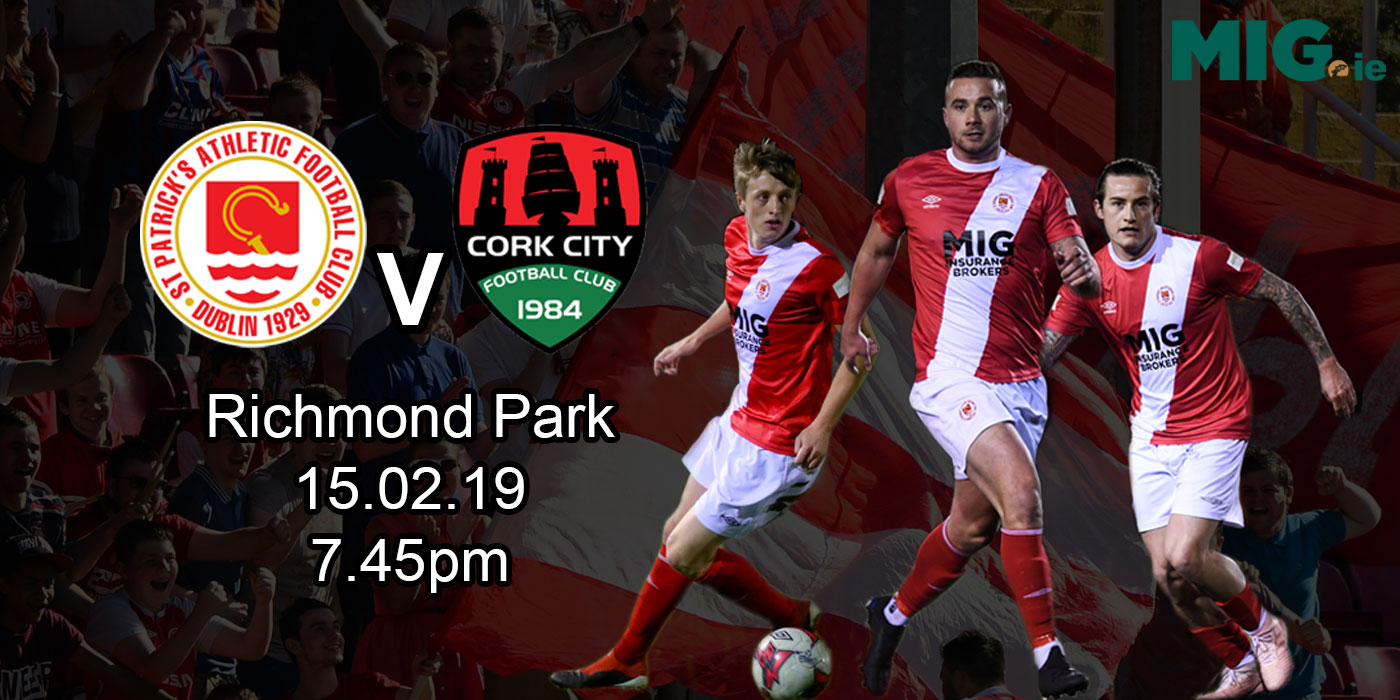 St Patrick's Athletic host Cork City in the opening night of action in the 2019 SSE Airtricity League, kick-off in Richmond Park is 7.45pm.

The 2019 season begins with a home game for new manager Harry Kenny as he attempts to guide St Pat's to victory against John Caulfield's Leesiders.

The game is a repeat of last year's league opener which saw Cork run out 3-2 winners in Inchicore.

The Saints' have seen a number of new faces added to Harry Kenny's squad, amongst them skipper Ian Bermingham, who enters his tenth season with the club this year.

The Ballyfermot man was quick to stress that the Saints will need to maintain a high level of work on the training if they are to finish above the fifth place finish they had last year when speaking to stpatsfc.com.

"Harry has come in to the club this year and there is a really good feeling about the place as we head into the new season.

Some of the new players we have brought in have settled in well and we definitely have one of the strongest groups here that I have been involved in."

"However we know we have a really tough game to start the league season.

Cork have been competing at the top of the league for a few years now under John Caulfield so we know what to expect from them.

They are a strong team and very solid at the back and can score goals from anywhere so we need to be at our best.

But it's the opening night and we want to make Richmond a fortress for the whole season so hopefully that starts on Friday night."

In team news, Harry Kenny has a full squad to select from with the manager emphasizing that he is happy that competition for places in his squad is high heading into the new season.

"Friday is a big game for us, regardless of it being the opening night as Cork are a very good team.

All the pre-season and hard work that the lads have done has been for this game and this date in mind.

The players have been really pushing this week to get into the starting eleven and we need that for the whole season as we are relying on every single one of them."

"The opening night is always a good occasion and with it being a few players' first time playing in Richmond in Pat's colours, we want to try and pick up a result to make a positive start to the season.

Inchicore can be a really intimidating place for teams when the place is packed so we're hoping to see the supporters out in full force in Richmond Park starting on Friday.

If we can make Richmond a fortress, we can hopefully have a strong season."